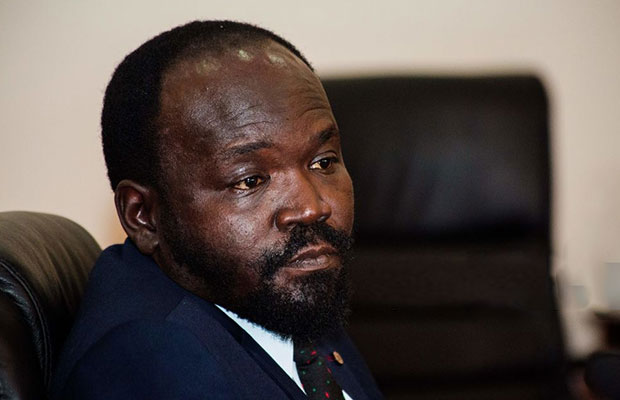 The minister of Humanitarian Affairs and Disaster Management has denied shooting into the air to forcefully withdraw his wife from a football game in Aweil on Saturday.

He reportedly stormed the pitch and demanded his wife, who plays for the Aweil football club, to leave the match and go home.

Aluel Garang also known as Messi had returned to the team after maternity leave.

According to the press secretary of Aweil Football Association, the minister appeared with his bodyguards before the end of the first half, demanding the immediate removal of his wife from the field without following the right procedures.

Akuei Deng Bak says the minister was told to wait up to the end of the first half so that a substitution could be made, but he “refused”.

According to Akuei, this caused chaos as football fans started heckling the minister.

Akuei also said the humanitarian affairs minister shot into the air to scare the spectators around him.

“He fired into the air three times using his pistol. When the fans realized he used his gun, they threw stones at him until the security personnel managed to take him away,” he told Eye Radio.

Akuei said the chaos forced the match officials to halt the game before it was restarted.

The incident generated a huge backlash online, with some women rights activists calling for the humanitarian affairs minister to step down.

Juba Monitor quoted Mayen as saying he had gone to “bring back home my wife who has a small baby”.