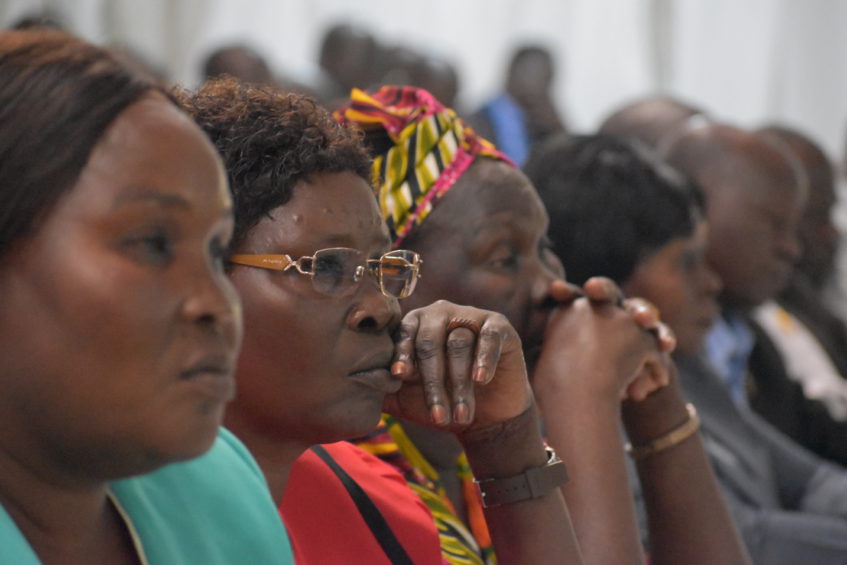 Legislators during a parliamentary session at the Transitional National Parliament on June 20, 2019. Credit| Joakino Francis/Eye Radio

Members of the Transitional National Legislative Assembly and the Council of States will be sworn in this Friday.

A notice from the clerk of the reconstituted legislature informed all appointed members of both houses to report to Freedom Hall in Juba for registration at 9am.

According to the clerk, Makuc Makuc Ngong, the 550 members of the transitional parliament and 100 members of the Council of States are expected to the oath of office at 11am.

Last Friday, President Salva Kiir said the swearing-in of the legislators has to be done immediately so that they can begin their work.

This is after the SPLM nominated Jemma Nunu Kumba as the speaker of the national parliament and the SPLM-IO nominated Nathaniel Oyet Pierino as the first deputy speaker.

The SPLM-IO also appointed Deng Deng Akon as the speaker of the Council of States. He will be deputized by SPLM’s Mary Ayen Majok.

Observers often argue that the lack of a functional legislature makes it difficult to legislate the transitional processes, including reforms spelled out in the peace agreement.