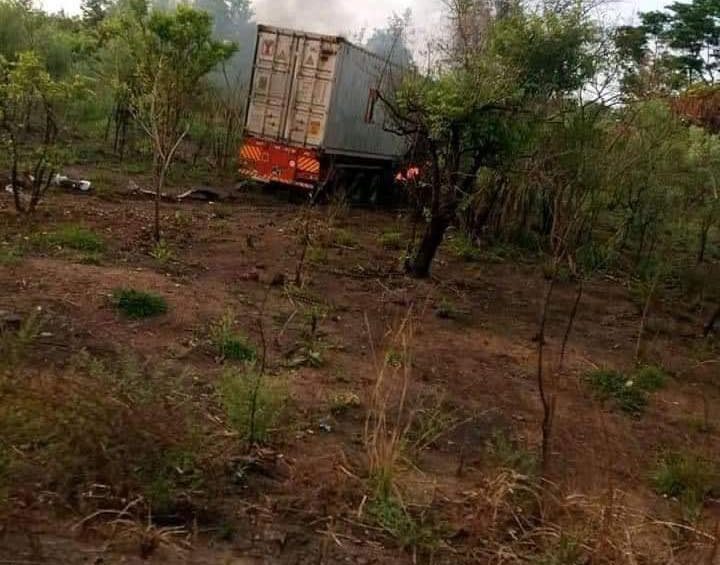 A truck attacked on Thursday veered off the road/Courtesy photo.

The National Salvation Front has also condemned the deadly attacks on unarmed civilians along the trade corridors.

The spokesperson of the holdout group termed the killings as “senseless.”

Suba Samuel said NAS is calling on whoever responsible for the unprovoked attacks to immediately stop.

“We regret and condemn these unnecessary ambushes and killings, you can’t just go and kill innocent people moving on the road,” Suba said.

“We hope whoever is doing this must stop and come into his senses.”

Responding to the government’s accusations that NAS carried out the attacks on Juba-Yei road and Juba-Nimule highway, Mr. Suba said:

“We are not responsible for these incidents because these roads are controlled by the SSPDF, they have all the forces in all these areas. So they must be responsible for all these things including their alliance militia operating with them.”

Last year, the government and the holdout group under the South Sudan Opposition Movement Alliance, which includes NAS, signed a declaration of principles in Rome, Italy to cease hostilities and further political dialogue.

They also resolved to include the holdout groups in the ceasefire monitoring body, CTSAM-VM and their general participation in the implementation of the revitalized peace agreement.