Olympic Committee gets $275,000 for building headquarters 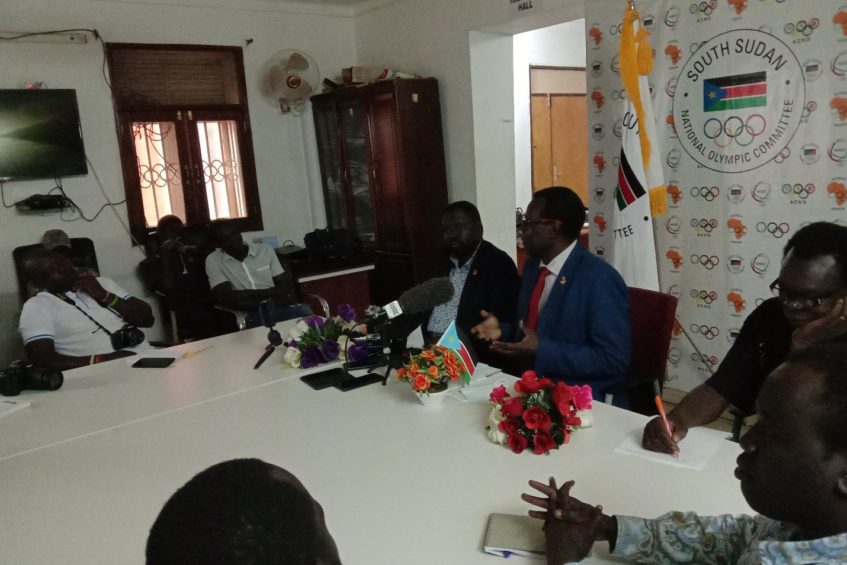 The National Olympic Committee (NOC) has received pledges of $275,000 to construct its headquarters, officials have confirmed.

The support came from Olympic Africa and the Association of National Olympic Committees of Africa (ANOCA); two continental bodies associated with the Olympics.

$175,000 of the total sum will come from Olympic Africa as a donation with the remaining $100,000 a loan from ANOCA to be repaid in installments over a four-year period.

Replying to questions from journalists regarding integrity in managing the funds, NOC chairperson Stephen Juma said “not all South Sudanese are corrupt.”

“From the top to the bottom, u will get people with integrity. We at the Olympic committee have our integrity so if any finance comes through the Committee, we can assure all South Sudanese that it is in safe hands,” Juma added, before continuing “we ask the media to follow closely the use of the money.”

“Like we just told you that there is money coming, once it comes we will inform you so you can monitor closely,” Mr. Juma further said.

The headquarters will be constructed at Hai Commercial and will comprise offices for all sports activities in the country that are considered in the Olympics except for football.