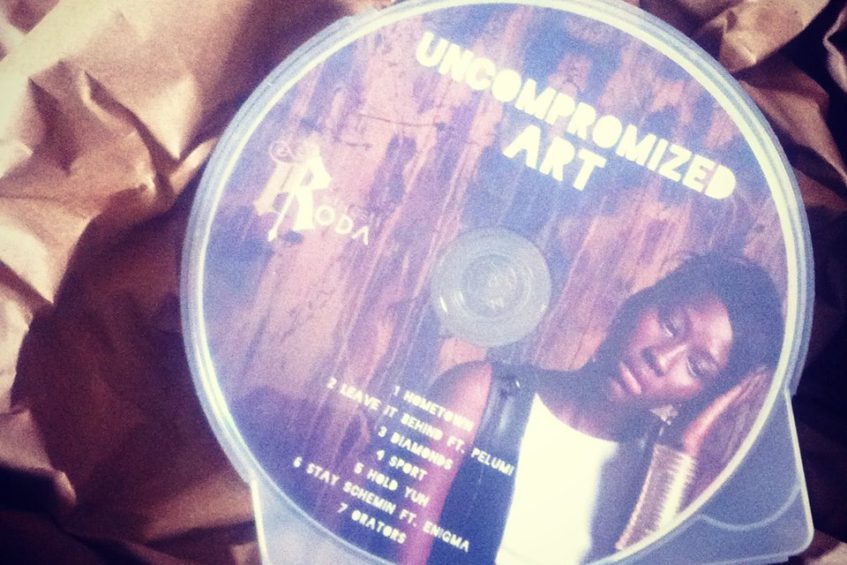 Did you think Hip Hop and Rap game in South Sudan was for L.U.A.L, 6Foot and Asif only?

Another FemCee of South Sudan origin has for the last 3 years been cooking and spitting flawless rhymes behind out backs, and we didn’t even know it!

Princess Roda (believed to be from Magwi County, Eastern Equatoria state) fell for Hip Hop in her early days after seeing her neighborhood and cousins rapping said she followed suit and respected the culture by becoming an MC.

She grew up in a place called BERKSHIRE in Washington D.C in the United States.

Before making her own Mixtape ‘UNCOMPROMIZED ART,” she said she was told that she had to be ‘sexy’ in her lyricism or “talk about things that did not matter.”

“As a Poet/Emcee I decided that I wouldn’t compromise my art for anything or anyone. So my music is conscious yet poetic and lyrical,” she said.

Her concise flow in rap and poetic play with words enabled her share the same stage with U.S rapper, Common in late 2013.

“Am on my rock star fetish, PHD and masters in rapping giving lessons. You must believe am the bestest.

Such mastery of words puts Princess Roda at barr with Lil’ Kim or Nicky Minaj.

PR, as she likes to be called had said the C.D “UNCOMPROMIZED ART” was to showcase the Witty lyricism, CURRENT, CONSCIOUS music that she is fond of.

Her style of music is generally: HIP HOP, R n B, POETRY.

It is not clear whether PR eventually released her album to the public.