You are here: Home  |  Featured | Health | News   |   Renk residents get vaccinated against cholera

Renk residents get vaccinated against cholera 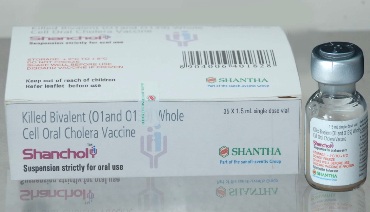 According to the World Health Organization, the vaccination exercise comes after a cholera outbreak was declared in the neighboring Sudan last month.

A total of 278 cases, including eight deaths, were reported in states bordering Northern Upper Nile.

These include Blue Nile and Sennar, which are bordering Ethiopia and South Sudan, respectively.

W.H.O Representative to South Sudan, Olushayo Olu, says given the proximity and since returnees from Sudan are trickling into Renk town, the risk of cholera importation to Renk is high.

The five-day campaign started on Tuesday and will end on Saturday.

The second round of the vaccination campaign will take place in Renk between December 9 and 13.