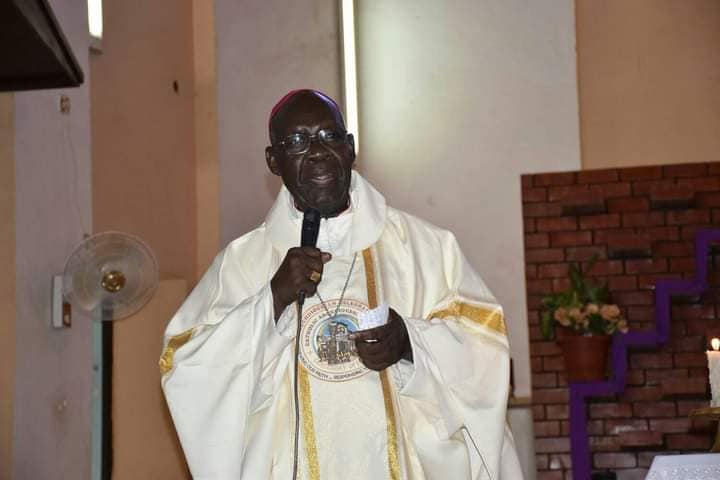 The Emeritus Archbishop of the Catholic Archdiocese of Juba, Paulino Lukudu Loro has died at the age of 81.

According to a statement from the Catholic Archdiocese of Juba, he died at a hospital in the Kenyan capital Nairobi this morning.

The late had reportedly developed some health complications and his health deteriorated in the past few days.

“His Grace Archbishop Paulino Lukudu Loro, a star that ceaselessly was shining over our church and nation for well over thirty years has this morning flickered out in the Kenyan capital city Nairobi,” the Archbishop of the Archdiocese of Juba, Stephen Ameyu Martin announced.

“This tragic and saddest of all news will not only affect the church but indeed the wider community of our South Sudan society. I, therefore, announce, beginning as of today, a four-day mourning period for His Grace Archbishop Paulino Lukudu Loro.”

He says the details of the mourning period will be announced as soon as they are available.

Paulino Lukudu was born on 23 August 1940 in Kwerijik village of Juba.

He joined the Congregation of the Comboni Missionaries and was ordained a priest on 12 April 1970.

He was later appointed the Bishop of El Obeid on 5 March 1979, after five years of service as Apostolic Administrator of that Diocese where he would later serve as the president of Sudan Bishops’ conference from 1989 to 1993 and from 1999–2006.

Lukudu was appointed archbishop of Juba on 19 February 1983 and served in this office until last year when he was replaced by Bishop Stephen Ameyu Martin.