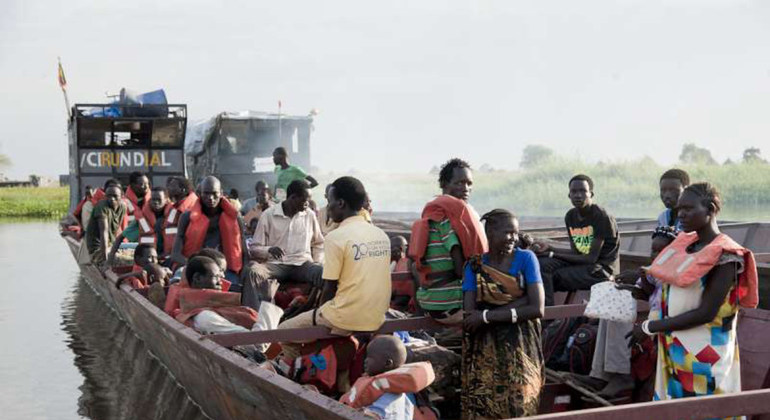 Authorities in Upper Nile have directed security organs in charge of all river ports in the state to inspect all the riverboats before departure.

This directive comes after an incident in which 12 people – including 8 children – drowned after a boat they were travelling on sank in the White Nile.

According to the reports, the boat was carrying at least 28 people and 300 bags of sorghum travelling from Giger to Malakal town.

Following the incident, the authorities also banned the owners of riverboats from carrying passengers and cargo together.

Gen. Chol Atem, the Commissioner of Police in Upper Nile state says a decision has been taken to regulate the movement of boats.

“There is an order issued stating that there will be no boat that will depart before clearance from the security and after checking of the load and the type of the load,” Gen. Chol said.

“It has been decided that there must be a specified boat for passengers and there should be boats for goods, so they should not be in one cargos and people this what have been put.”