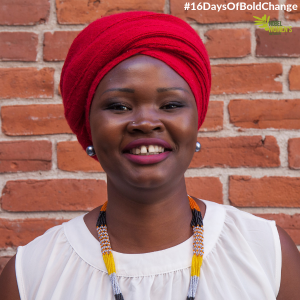 The executive director of Crown the Woman organization has been declared the winner of the Ginetta Sagan Award 2021.

The award recognizes the outstanding achievement of women doing effective work often of great personal risk to protect the dignity, liberty and lives of women and children in crisis regions where abuse of human rights is widespread.

Riya William Yuyada was awarded for her commitment towards women’s safety, equality and empowerment in South Sudan.

She is also recognized for supporting survivors of sexual violence, advocating for their rights and justice which has changed lives of many victims.

“This award is for the women of South Sudan, especially the girls and the women survivor. It is also for all South Sudanese human rights defenders who are fighting so hard,” Miss William told Eye Radio.

The award is named after Ginetta Sagan, a human rights activist, who devoted her life to fighting the right and freedoms of others.

It is dedicated annually by Amnesty international USA in her honor and in her years of advocacy and activism.

Ginetta Sagan award comes with a fund of $20,000 which aims at recognizing and assisting the winner in her work.

Crown the Woman is a feminist organization that advocates for women’s right, speaks out against any form of violation on women, and provides medical care and treatment to sexual and gender-based violence victims.

The advocacy group also provides accommodation for the survivors, negotiates with family on issues of child marriage, amplifies voices of women, peace building activities, fights for justice for victims, and survivors and builds on women leadership.