You are here: Home  |  Economy | Featured | News   |   Riyadh asks Juba to name projects it can invest in

Riyadh asks Juba to name projects it can invest in 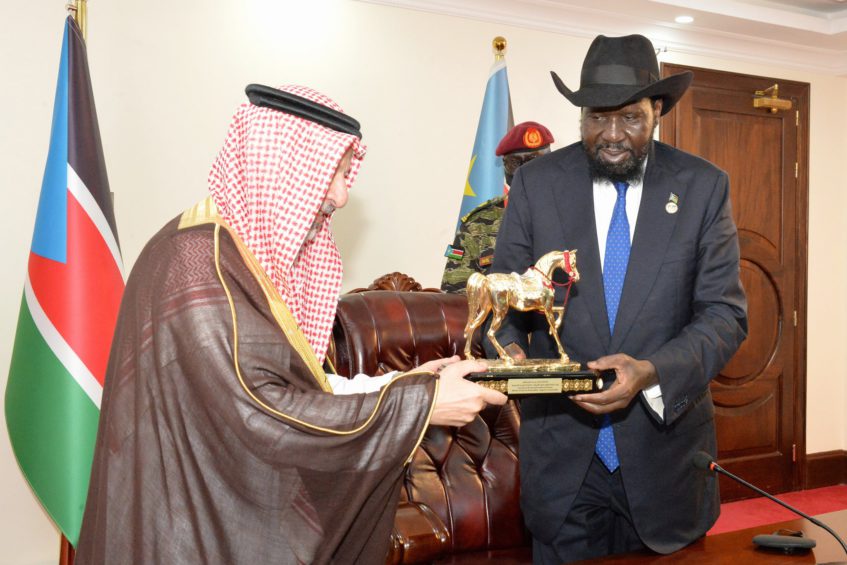 Saudi Arabia has asked South Sudan to present it with a list of projects that require investment.

“The Kingdom of Saudi Arabia is requesting South Sudan to present investment projects that will be put into consideration by the Kingdom,” said Beatrice Khamisa, South Sudan’s Minister of Foreign Affairs.

This is will allegedly help South Sudan tackle its long-running economic crisis.

The two countries agreed to sign a cooperation agreement that will facilitate economic and bilateral relations.

The largest Arab nation showed particular interest in the construction of schools and health facilities, roads, agriculture, among others.

“I talked to the president about the initiative of Crown Prince in which he announced about allocations of 1 billion-dollar investment for Africa at the recent Paris conference,” Ahmed Bin Abdul Aziz Qattan told reporters in Juba after the meeting.

“We will soon receive [list] of investment projects that the two countries can undertake and develop regulations that will protect investors both in the private and public sectors.”

Recently, Saudi Arabia committed to investing $3 billion in a joint fund for investments in neighboring Sudan.

After South Sudan gained independence in 2011, investors from the region and globe flocked to the country seeking virgin business opportunities.

But the 2013 and later 2016 conflicts among the country’s political leaders sent many potential investors packing due to insecurity and economic downturn.

With the signing of the 2018 revitalized peace agreement and subsequent formation of a unity government in 2020, the government says the environment is now ripe for investments.

The country has also got a positive review by the 2020 Investment Environment report by the US Department of State.

The report said the trade and investment conditions in South Sudan have slightly improved in the past year, but added that many challenges remain.

It cited reported unfair practices that have included effective expropriation of assets, inconsistent taxation policies, harassment by security services, extortion attempts, and a general perception that foreigners are not afforded fair results in court proceedings or labor disputes.