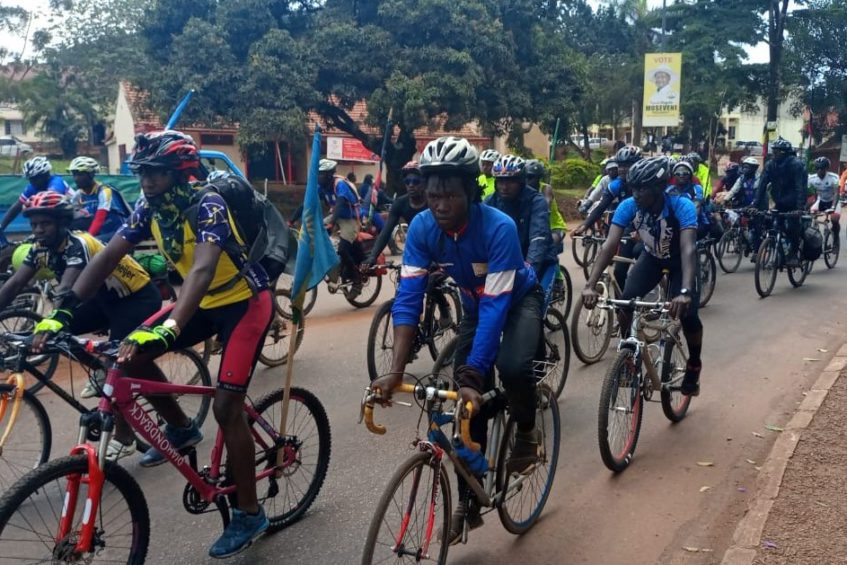 The association was invited to participate in this year’s edition of the Tour D’ East Africa that commenced on 1 August in Dar es Salam but was unable to ready a representative in time due to financial constraints.

“We should have had a representative when it started in Dar Es Salam-Tanzania but for a lack of resources, we were not able to go on time,” Thor Chot, patron of the association, told Eye Radio.

In January 2021, the organizers of the Tour D’East Africa – officially referred to as Great Africa Cycling Safari (GACS) – invited the association to participate in the event.

Fifteen cyclists were invited (8 girls and 7 boys) but due to limited resources, only one cyclist will be involved.

Tipo arrived in Uganda on Thursday and will join the tour today in Uganda and continue to its end in Arusha passing Rwanda and Burundi along the way.

“[He] will have the South Sudan flag on his bicycle and wear a traditional attire to show his identity,” Chot added.

GACS is a cycling adventure across East African countries that was first launched in 2016. Another edition was planned for 2020 but was pushed back due to the COVID-19.

This year’s event involves covering 6000km in 55 days. It started in Dar Es Salam on 1st August and will conclude in Arusha on September 25th passing Kenya, Uganda, Rwanda and Burundi in the process.

Participants ride for 8 hours a day, seven days a week until its finishing point. It is the first time South Sudan is represented in the tour.