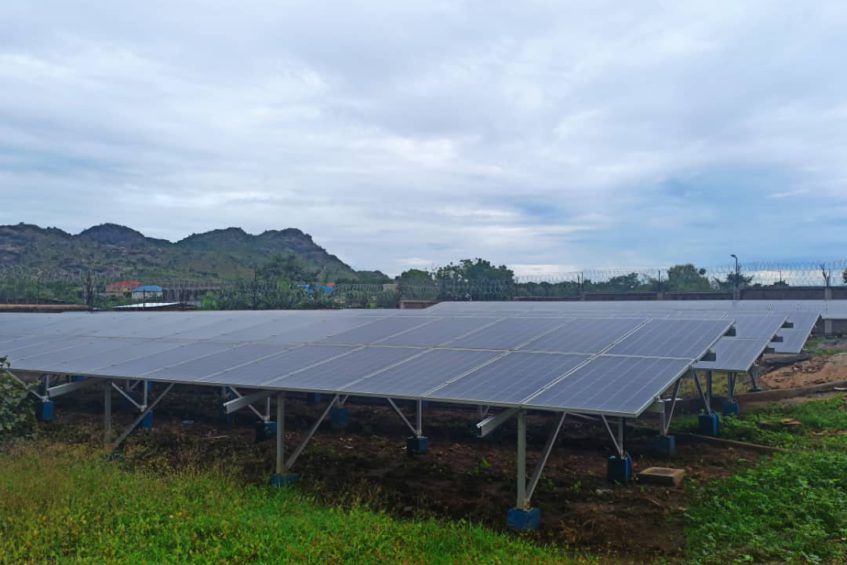 According to the International Renewable Energy Agency, South Sudan had only installed 18 megawatts of solar such as this by the end of last year, most of it off-grid capacity/Jale Richard.

Located along Nesitu-Torit road, some 20 kilometers from the capital, Juba, the project is expected to generate 20 megawatts of electricity.

The $45 million project is being financed by the African Export-Import Bank.

It includes a 20 megawatts solar park and a 35 megawatt-hour storage system.

The Undersecretary of the Ministry of Environment and Forestry, Africano Bartel says the project is in line with the ministry’s plan of generating clean energy.

“At the moment the project has started, we have seen that they are now building the place, we did the screening of the area, it is 600 by 500 meters, which will be able to accommodate that,” Mr. Bartel said on Saturday while inspecting the site.

“They have already acquired the solar panels, and the lifespan of these solar panels is 20 years. Clean, it is not going to pollute the atmosphere, which is something we would like to sustain. They are going to store the energy here and it will be supplied to Juba.”

He said the project will be scaled up to 80 MW to supply Juba and its surroundings.

Mr. Bartel stated that the Ministry of Environment and Forestry plans to generate 3,000 megawatts of clean energy in the future.

“I am very happy that at least this is the first solar farm, and we are going to replicate this to the other states of the country, so we will be generating at least 3,000 megawatts of clean energy.”

According to El Sewedy Electric, the new solar power plant will supply 59,000 households in Juba with power after its commissioning within 12 months.

In addition, the plant would avoid emissions of about 10,886.2 tonnes of carbon dioxide per year.

According to the International Renewable Energy Agency, South Sudan had only installed 18 megawatts of solar by the end of last year, most of it off-grid capacity.

South Sudan, a country with a low percentage of electricity relies mostly on fossil fuel for household electricity.

Currently, a fossil fuel power plant run by Ezra Development and Construction Company is supplying electricity to Juba with about 30 megawatts of electricity.