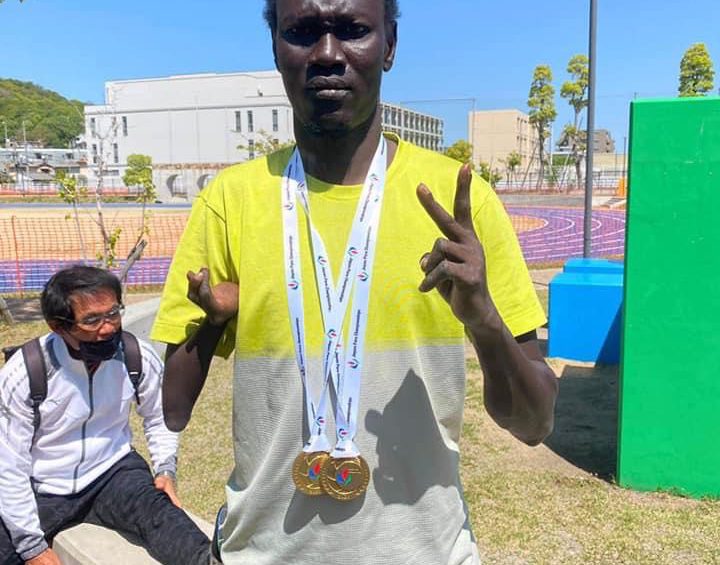 Michael Machiek has qualified for the August Paralympic games in Tokyo after winning the 200-meter race in the qualifying game in Maebashei, Japan, on Sunday.

Mr. Machiek made history by breaking the Japanese national record after beating Japanese champion Tomoki Sato in the 200-meter race.

He reached the finishing line 20 seconds and 97 milliseconds, setting a new record at the Japanese national level.

The 29-year-old Machiek has become the first athlete from South Sudan to qualify for the Paralympic Games.

“I want to send good news to the whole nation about the historic achievement that our hero Michael has achieved today (Sunday) after his victory over the Japanese champion,” said Eng. Juma Stephen, the President of the South Sudan National Olympics Committee.

Mr. Machiek is one of four athletes camping in Japan as they hope to qualify for the Olympic games.

According to the President of the South Sudan Olympics Committee, Machiek’s achievement will inspire his colleagues to try their best in their qualifying categories this week.

The Paralympic Games or Paralympics are a periodic series of international multi-sport events involving athletes with disabilities.

This year, the Games will be held between August 24 and September 5, immediately following the Olympic Games.