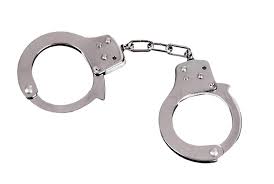 About six people have been arrested at Rajaf, Juba, after the community accused them of illegally selling land in the area.

All of the suspects, who are in aged between 30 and 40 are soldiers, but Salah.

The executive director of Tokiman West Boma, Rajaf Payam, told Eye Radio that those apprehended were illegally selling land in Moriyok, west of Juba, an area that has already been demarcated.

“The security arrested them with the community and its paramount chief. They are now being held at Gumbo Police Station,” said Rashid Osman Nimir.

Osman added that the suspects were charging between 15,000 and 70, 000 South Sudanese pounds for a piece of land in the area.

He estimated that hundreds of people could have been cheated by them.

Stella Poni is one of those who paid cash to acquire a piece of land in that area.

“They did not give us papers. They just registered us in their files and told us they will take the list to Rajaf Payam and one should erect a shelter so that when Rajaf officials come, one would be given tokens since the place is still busy,” she explained.

Osman warned people obtaining land from those chiefs, saying his office will not issue any legal documents to them because they are doing it illegally.