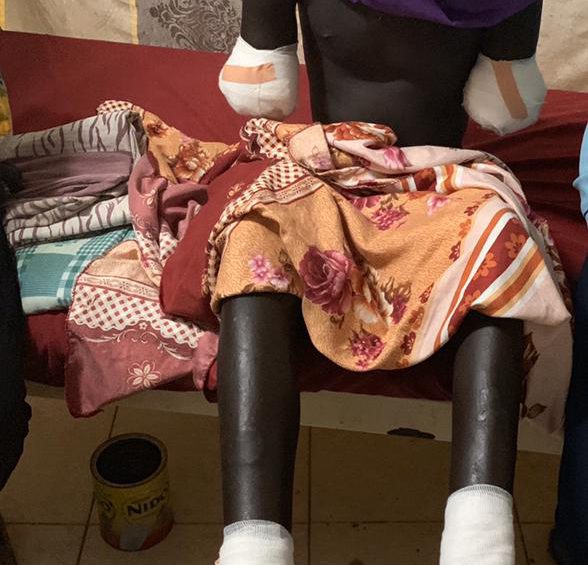 The 19-year-old Atem Mayiik is now recovering at a health facility in Pariang/Courtesy photo.

A mobile court in Ruweng Administrative Area has sentenced two senior army officers to seven years in prison for maiming a teenager over a lost phone.

They are Brigadier-General Alek Yai Guen, the commander of SPLA/IO; and Lieutenant Colonel Monykoang Miakol.

In June, they accused Atem Mayiik Manyiel of requesting them to use a cellphone, which never returned.

The senior military officials then arrested and confined the young man in a container.

The court found that the man had cut off his hands.

As a result, both Gen Yai and Col. Miakol will spend 7 years in jail and pay 24 cows to the victim.

James Arop Ayuel, the minister of information, confirms the ruling to Eye Radio on Tuesday.

“The verdict is already done. Those two soldiers, the Bridger General and the Lieutenant colonel were in prison for seven years each then there was also payment of 24 cows and I think it’s done customarily or customary law that is what they told me,” Arop said.