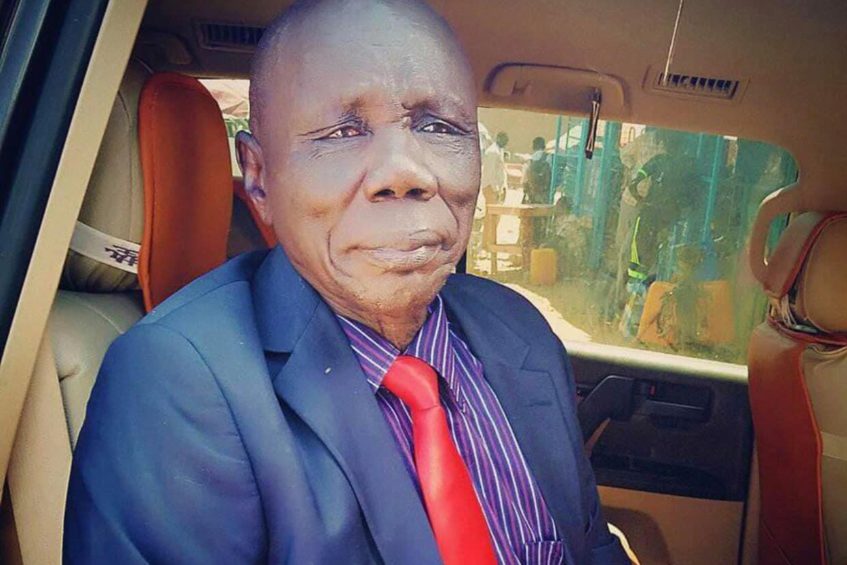 A renowned politician from the Pibor Administrative Area, Sultan Ismail Konyi, has passed on.

“I would like to announce to the public that honorable Ismail Konyi passed on this morning at 1:00 AM,” said Baba Medan, national Deputy Minister of Information, who comes from the area.

He “died of ulcers” at a hospital in Mauna area of Juba.

Sultan Ismail was the Governor of Jonglei state during the liberation wars in the early 2000s.

In 2017, President Salva Kiir appointed him the governor of Buma State during the creation of the 32 states.

The late Ismail Konyi, who was 80 at the time of his death, was the leader of the Murle community in South Sudan.

Before his death, he had held several positions in Sudan before and after the breakaway.

The late Ismail was one of the elders of the Murle, and he worked as the Paramount Chief sultan of the Murle from 1980 until his death.

In the 1993, during the height of the liberation struggle in Sudan, the late was made commissioner of Pibor County until 2002. He was the commander of the government militia allied to the Sudan Armed Forces.

Ismail served in the rank of Major General.

In 2002, ousted Sudanese President Omar al-Bashir appointed him governor of Jonglei State, and he was removed in 2006 after the Comprehensive Peace Agreement.

In 2005, the late joined the SPLM/A with all its arms, artillery and forces who were stationed in the Pibor area.

In the same year, he was appointed to the Legislative Council of the Government of Southern Sudan, and in 2007, President Salva Kiir appointed Sultan Ismail as his advisor for peace and reconciliation affairs.

And he continued in his job until the 2010 elections.

Between 2011 – 2015, late Konyi served as a member of the Council of States and assumed the position of 1st Deputy Chairman of Decentralized Governance and State Affairs committee Committee.

Following the establishment of the 32 states, President Salva Kiir appointed him Governor of Buma State.

Until his death the late Ismail Konyi, was the head of the Murle community in South Sudan and a member of the Council of States.

“He was a towering and respected figure among the Murle community and to South Sudanese at large,” said a mourner on Facebook.

Sultan Ismail Konyi is survived by 41 wives and more than 800 children, grandchildren and great grandchildren.