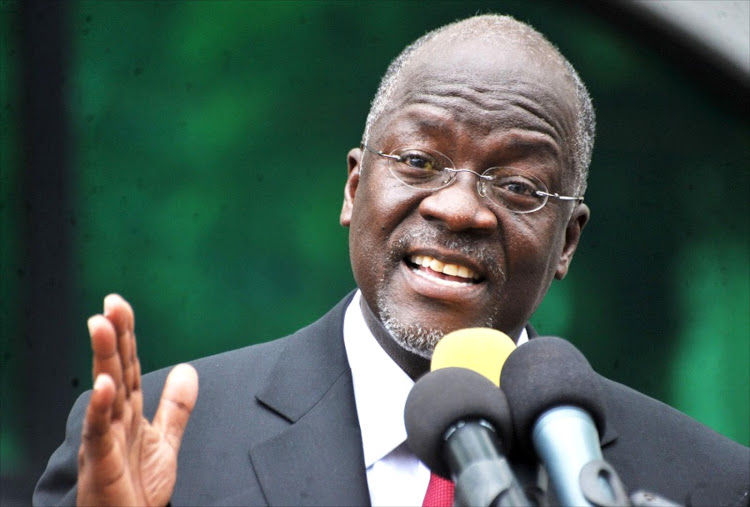 The announcement of his death was made Wednesday evening by the country’s Vice President Samia Suhulu.

She said the 61-year-old leader died “of a heart condition.”

Magufuli had been missing from the public limelight since February 2021. He often makes weekly public appearances at Sunday church services.

Speculation had been rife about his possible infection with the coronavirus. But Tanzania’s Prime Minister dispelled such rumors.

Kassim Majaliwa had said the Magufuli was “fine and continuing with his daily activities,” as he spoke during a Friday prayer session at a mosque in the country’s Njombe region.

But it was suggested in the media that the President had been admitted to Nairobi Hospital for Covid-19 last week.

Since the pandemic was declared in March 2020, Magufuli had downplayed the severity of the virus.

At one point, he made fun of the country’s coronavirus testing facilities, saying he had secretly sent samples of papaya and goat and that they came out positive.

Under him, Tanzania had stopped sharing updates on the number of people infected and killed due to COVID-19.

He also rejected calls to implement any lockdown measures or curfews in his country. Magufuli declared that Tanzania would remain open for business.

John Maguful was elected the fifth President of Tanzania in 2015.

The 61-year-old leader was nicknamed “the bulldozer” for his zero-tolerance to corruption and governmental bureaucracies.

He was first elected as a Member of Parliament in 1995.

Magufuli then served as the country’s Minister of Works, Transport and Communications from 2000 to 2005 and 2010 to 2015 and was chairman of the Southern African Development Community from 2019 to 2020.

In 2015, Tanzania’s ruling party, Chama Cha Mapinduzi picked him as their candidate for the presidential elections. He ran on a platform of reducing government corruption and spending while also investing in Tanzania’s industries. He won in October 2015 and was sworn in on 5 November 2015.

In July 2020 Magufuli was nominated as the CCM’s presidential candidate in elections scheduled for October 2020. His nomination was not opposed as he received the highest votes and was therefore re-elected to a second term until 2025.

However, the leader has been accused of having increased autocratic tendencies brought on by restrictions on freedom of speech and a crackdown on members of the political opposition.

Under him, several journalists and opinion writers have been arrested and charged for writing negative stories on him.

Magufuli’s government has also been accused of repressing opposition to his leadership, including laws restricting opposition rallies.

He is survived by his wife Janeth Magufuli and three children.