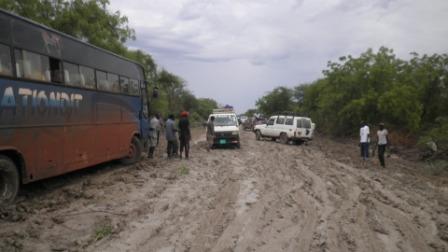 The mayor of Bor in Jonglei state has advised people against traveling by road from Juba to Bor, saying it is still not safe.

Nhial Majak Nhial told Eye Radio that the roads leading to and from Bor have been temporarily closed by the organized forces due to insecurity.

“Sometimes it’s not all about the road being opened, it is all about you being able to go to the other end,” warns Mr Nhial.

Two weeks ago, 4 people were killed along the Juba –Bor road after a convoy of 5 commercial vehicles was attacked between Gemeiza and Sudan Safari.