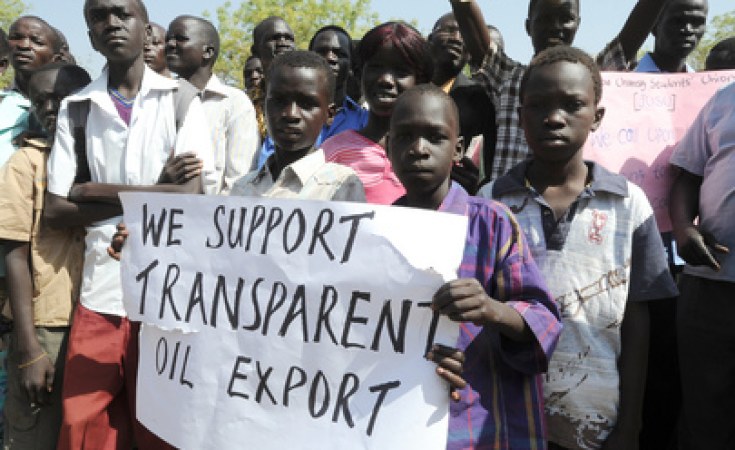 The TRIOKA nations are calling on the Kiir’s administration to make relevant oil and non-oil revenue data available to public in a bid to enhance transparency.

The remarks come days after President Salva Kiir replaced the Governor of the Central Bank in a move to strengthen the economy.

The United States, United Kingdom and Norway says the recent appointments related to South Sudan’s economic management come at a critical time for the reform process, as the country is preparing to exit an IMF Staff Monitored Program and hopes to access a new loan in coming months.

In a joint statement seen by Eye Radio on Saturday, the Troika underscores that a faster pace is needed in the implementation of Public Financial Management reforms.

“In achieving this we stress that fiscal data – including on oil and non-oil revenues – should be published on the Ministry of Finance and Planning website regularly and without delay”, the report partly read.

It states that information should also be made public on any outstanding balance owed to Sudan on the Transitional Financing Arrangement and on any debt Sudan may now owe South Sudan from the oil it receives in kind each day.

The group says strengthening the current reforms, which demonstrate government’s commitment to the restructuring process would enhance trust with international partners.

It indicates that continued respect for the moratorium on incurring new non-concessional debt, including not issuing letters of guarantee, will spare ordinary citizens the burden of higher taxes or reduced public spending in the future.

The body also emphasize that sound monetary policy is key to maintaining low inflation and a stable exchange rate, both of which will help shield the people of South Sudan from rising prices.

The donors echoes their anticipation for a full and complete audit of the second tranche of the IMF loan, as well as further progress on anti-money laundering reforms as per the Financial Action Task Force Action Plan.

“We reiterates our commitment to a peaceful and prosperous South Sudan, in which the population benefits from public services, underpinned by transparent and accountable public financial management”, the TRIOKA echoed.

According to observers, corruption has become a condoned exercise by politicians and government institutions in the country.

The report followed an alleged grand corruption deal which prompted President Salva Kiir last year to order his then Finance and Economic Planning Minister Athian Diing to cancel a Sovereign Guarantee transaction worth 650 million US dollars.

In addition, South Sudan’s Auditor General’s in a report late last year also disclosed that there were “ineligible payments amounting to over 2m US dollars made to individual accounts and over 800,000 US dollars irregularly spent on salary arrears from June 2019 to July 2020 in foreign missions.

The Auditor General also said the government failed to provide supporting documentation for payments amounting to 468,287 US dollars.

In September 2020, the US government imposed additional economic sanctions on a company owned or controlled by Sudanese businessman Ashraf Seed Ahmed Al-Cardinal, for his role in corruption connected to the South Sudan’s government.

In October 2019, Kur Ajing Ater was also sanctioned alongside Al-Cardinal, after the US Treasury’s Office of Foreign Assets Control Department accused him of robbing the war-torn country of its critical resources.

In April last year, the United Kingdom also followed suit and sanctioned Al-Cardinal over corruption and involvement in businesses that fuel conflict in South Sudan.

Last year, South Sudan was ranked as the most corrupt country in the East African region.

A 2020 report by Transparency International has also ranked the country as the second most corrupt across the globe, followed by Somalia. Syria took the lead.

In December the same year, The Sentry reported that some South Sudanese leaders laundered money and engaged in grand corruption through networks in the United Kingdom.

According to the 2019 global Multidimensional Poverty Index from the UN Development Program in sub-Saharan Africa, the level of inequality in South Sudan is described as “massive”. The report estimates the inequality to be at 91.9 per cent in South Sudan.

The Kiir administration is often criticized for failure to deal with corrupt officials.

Several reports, including the latest – Oil or Nothing: Dealing with South Sudan’s Bleeding Finances – suggest that the administration misappropriated the country’s riches.

They say Kiir and his loyalists have amassed unexplained wealth, with the majority owning homes and businesses in the region.

And this is why he is unable to fight corruption.

In November last year, President Kiir’s press secretary Ateny Wek Ateny said the government is unable to prosecute corrupt officials for fear of rebellion.
The statement comes days after President Salva Kiir accused some of his former senior officials of siphoning off the country’s resources.

The unnamed officials, Kiir says, have opened personal bank accounts outside the country and have built skyscrapers and luxurious apartment complexes with money from the state coffers.