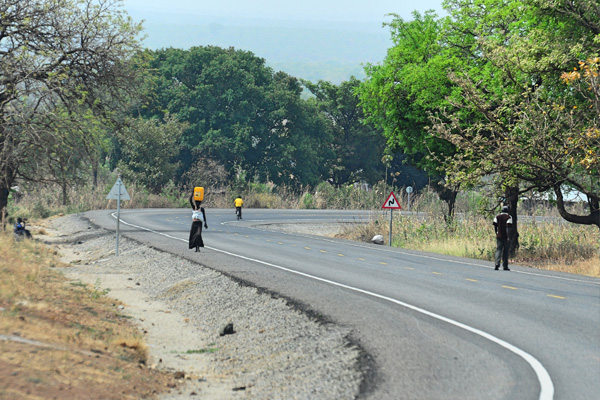 A stretch of Juba-Nimule Road.

Commercial truck drivers from the East African region have maintained their decision not to enter South Sudan due to security concerns.

Over the weekend, two truck drivers who are Kenyan nationals were killed while transporting food from Nimule to Juba.

In reaction, the Kenya Transporters’ Association advised all its drivers to suspend the delivery of goods and services to South Sudan.

It said there is currently no security assurance as the country is highly volatile.

The association instructed its drivers to drop their goods at the customs yard at Elegu border.

But on Tuesday, the Kenyan Embassy in South Sudan said it had received security assurances from Juba following the killing of truckers along the Juba-Nimule highway.

The South Sudan’s Deputy Minister of Foreign Affairs, Deng Dau, confirmed the developments and went ahead to express the government’s regrets over the killing of Kenyan nationals.

However, Eye Radio has been informed that several trucks carrying goods destined for South Sudan have been on a standstill at Elegu border point.

The cargo transporters, who have been joined by Ugandan truckers, are protesting insecurity along the Juba-Nimule highway.

Daniel Deng, the chairperson of the clearing agents in Nimule, said no truck has entered Nimule since the protest began on Monday.

“The drivers are still on a standstill; they don’t want to cross into South Sudan,” he stated.

“They are still waiting for communication from key people, and how to respond to their grievances.”

In April 2021, a similar protest by the cargo truck drivers paralyzed trade and hiked market prices in the country.

The truck drivers then called of the protest after the SSPDF deployed soldiers along the roads connecting Juba and Nimule and Yei up to Kaya – to ensure safe passage for travelers and commercial goods.

It is not clear how this arrangement was cancelled.