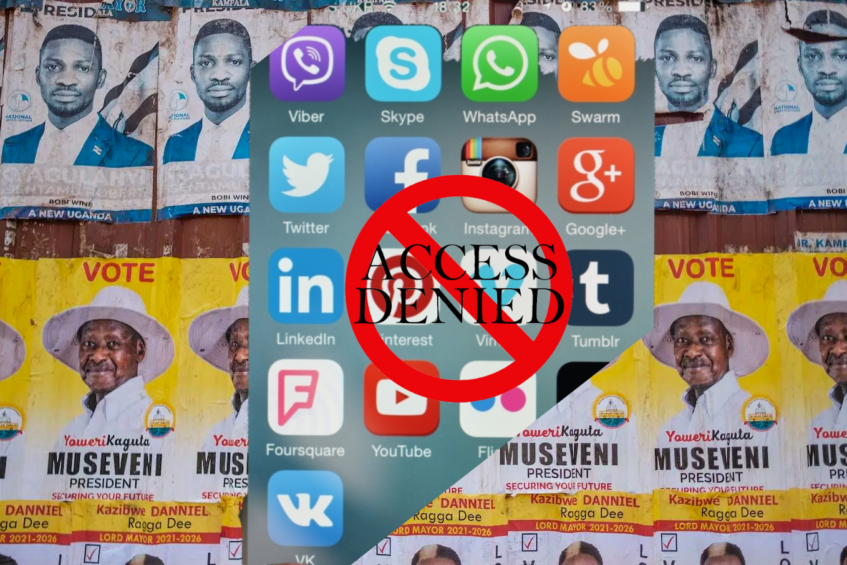 This is happening with just less than 48 hours left for the 2021 presidential and parliamentary elections on January 14th.

Those using MTN and Airtel, the two biggest mobile networks, could easily buy OTT and data, but could not access the two popular sites, including messenger.

Much of the interactions were restricted to Twitter, WhatsApp and skype.

Even those who often by-pass the restrictions using Virtual Private Network (VPN) found it difficult to access their favourite sites.

The move comes a day after the giant tech company, Facebook, confirmed it had shut down several pro-Museveni accounts.

Over 20 ruling party NRM and government Facebook Pages and accounts were switched off.

Then, on Tuesday, Jan 12, the Uganda Communications Commission [UCC] ordered mobile telecommunication companies in Uganda to switch off all access to Facebook and other social media sites.

Last week, the UCC wrote to Google requesting them to block certain opposition based YouTube channels that it claimed were “a threat to national security.”

It described the content on the channels as “extremist or anarchic messages including messages likely to incite violence against sections of the public on account of their tribe and political opinions.”

But Google failed to respond.

The UCC then executed its first restriction by blocking access to Google PlayStore, Apple Store, and YouTube.

It is the same platform that the main opposition candidate, Robert Kyagulanyi alias Bobi Wine, has created an App to “guard the votes.”

Ugandan will choose between incumbent Yoweri Museveni, Bobi Wine and 10 other candidates in this year’s highly contested elections.

There have so far been several indications of violent aftermath of the votes -come Thursday.

But the government has warned against protests and deployed heavily in hotspots areas, including the capital, Kampala.

This is not the first time for Uganda to block access to the internet. During the 2016 elections, Twitter, Facebook, Instagram and WhatsApp were blocked by the UCC saying the shutdown was a “security matter”.

This week, the Committee to Protect Journalists and 54 other organizations wrote a letter to President Yoweri Museveni to ensure open and unrestricted internet access during and after the country’s presidential election.

The letter noted that disruptions to internet access would undermine journalists’ ability to report on the election and would infringe on citizens’ right to “key information at a crucial moment in a democracy, damaging their capacity to make informed choices.”