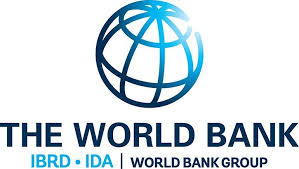 This is through two new projects that aim to strengthen the capacity of farmers, improve agricultural production, and restore livelihoods and food security.

The UN and government projects that 7.2 million people will face acute food insecurity in the coming months, which is the highest number since independence.

In a press release yesterday, the World Bank says South Sudan Resilient Agricultural Livelihoods Project will provide a grant of $62.5 million that will support investments in training for farmers to help them efficiently manage their organizations, adopt new technology, and use climate-smart agriculture practices to boost their yields.

It will also invest in tools, machinery, and seeds required to improve productivity.

While the Emergency Locust Response Project which consists of a grant for $53.7 million, will boost South Sudan’s response to desert locusts by restoring livelihoods for the poorest and strengthening the country’s preparedness systems.

“It is critical that every affected country acts urgently to control locust population growth and shares information and lessons learned to enable a speedy and effective response,” she added.

This is the third phase of the regional Emergency Locust Response Program, which has already provided financing to Djibouti, Ethiopia, Kenya, Uganda, and Somalia.

The project will ensure direct income to the most vulnerable households to allow them to produce more food for themselves and local markets, according to the World Bank.

“These two timely projects provide a mix of investments in social protection and agriculture to address drivers of both acute and chronic food insecurity. The implementation modality supports a broader agenda of institutional capacity building for the Government of the Republic of South Sudan, and we look forward to collaborating closely with the government and other development partners to ensure that no one goes hungry,” said Ousmane Dione, World Bank Country Director, Eritrea, Ethiopia, South Sudan and Sudan.

The two grants will be the first World Bank-financed projects since 2018 to be implemented through government systems, specifically the Ministry of Agriculture and Food Security.

The IDA is the World Bank’s fund, providing grants and low to zero-interest loans for projects and programs that boost economic growth, reduce poverty, and improve poor people’s lives.

The projects will be implemented in close coordination and collaboration with other World Bank-financed projects in South Sudan, such as the ongoing South Sudan Safety Net Project and the South Sudan Enhancing Community Resilience And Local Governance Project.