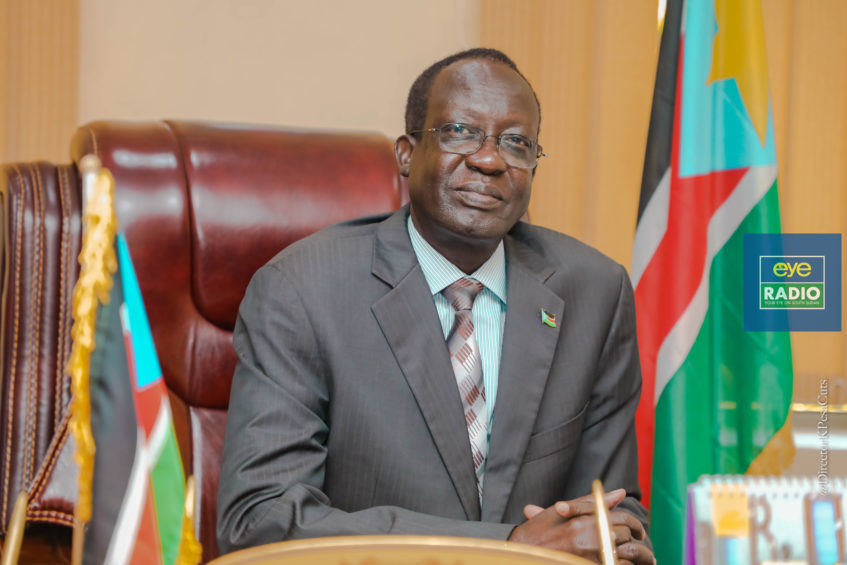 The Minister of Labor has criticized the repeated occurrence of job-related violence perpetrated by youth in some states in South Sudan.

“If you don’t find yourself working, you will think everybody is not working,” James Hoth Mai said of what he believes is the mindset of some South Sudanese youths.

In recent months, humanitarian efforts have been hampered by reports of harassment, assaults, and killings of aid workers while on duty.

These incidents have been reported in Eastern Equatoria, Jonglei, Unity, and Lakes States, including Pibor and Ruweng Administrative Areas.

At least 7 humanitarians have so far been killed in South Sudan this year, according to reports compiled by Eye Radio.

As a result, state authorities and aid agencies temporarily suspended activities in some areas.

The United Nations Office for the Coordination of Humanitarian Affairs said the attacks and consequent suspension of activities have a serious impact on humanitarian operations.

It acknowledged that the actions are a result of the country’s serious youth unemployment.

In his first media interview on the matter, the Minister of Labor said the reactionary behavior of the youth is unlawful.

“What happens if you do not get anyone qualified in the area, you can bring anybody from Renk, Raja to work in Torit,” James Hoth Mai stressed. “This is what we mean by 80% national, not local.”

He disclosed that his ministry is conducting investigations to determine whether the complaints by the youth are genuine.

Last month, the UN Mission in South Sudan described the approach by the youths as a damaging development.

It believes the withdrawal of humanitarian services will, in turn, affect young people who are the main beneficiaries of aid assistance.

For his part, Minister James Hoth thinks that the actions by the youth are politically motivated.

He stated that most of the youth have little understanding of the South Sudan Labor Act.

“For example in Renk, we had 523 employees, 475 are South Sudanese, and the majority of them are from Renk. If you look at it you will not find logic there,” said Hoth Mai.

The constitution of South Sudan allows for recruitment practices that are based on competence, professionalism, integrity, and respect for diversity.

The revised Labor Act of 2017 states that no person shall be discriminated against or excluded based on race, tribe, or place of origin.

It establishes non-discriminatory standards for labor relations and occupational safety and health at all levels in South Sudan.

“We told them [youth] do not make noise, raise your complaints, but you cannot beat anyone,” Hoth Mai concluded.