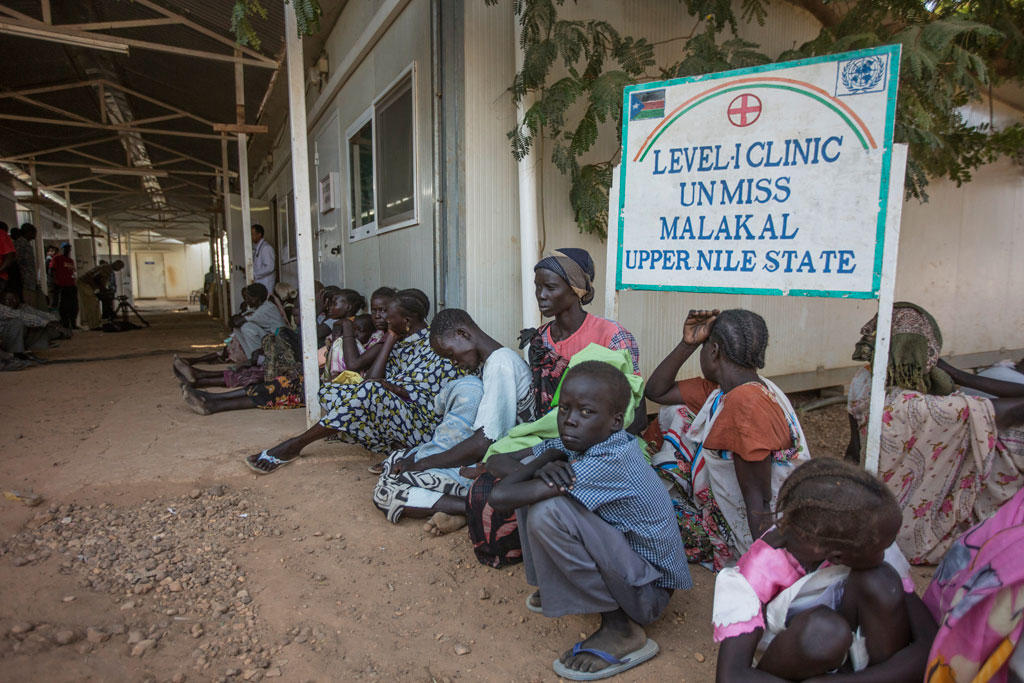 Patients line up for treatment at UNMISS clinic in Malakal

UNMISS also confirmed there had been clashes between I-D-P-s within the camp.

There was heavy fighting yesterday in and around Malakal between the SPLA in Opposition and the Government forces.

UNMISS says in a press release that inter-communal clashes flared up within the Protection of Civilians site within the UN Mission in South Sudan compound, which was also under cross fire.

The situation was contained by UNMISS troops and Formed Police Units, but casualties were later sustained.

A total of ten persons died in the UNMISS Hospital from injuries received outside the compound and from the clashes within the POC area.

Firearms were not used in the latter clashes. A number of IDPs have also received medical treatment. The Mission’s Malakal compound protects more than 20,000 Internally Displaced Persons.

The fighting outside the compound forced UNMISS’ troops to concentrate on protecting the perimeter of the camp from this external threat.

Violence then re-erupted in the Protection of Civilians area within the UNMISS compound.

UNMISS says the situation was brought under control and all UN staff stationed at the UNMISS Malakal compound are safe and accounted for, and none has required medical attention.

The Mission strongly condemns those who instigated the inter-communal violence inside its compound and reserves the right to take appropriate action against these individuals.