Abyei: Ngok Dinka still at a crossroad -4 years on 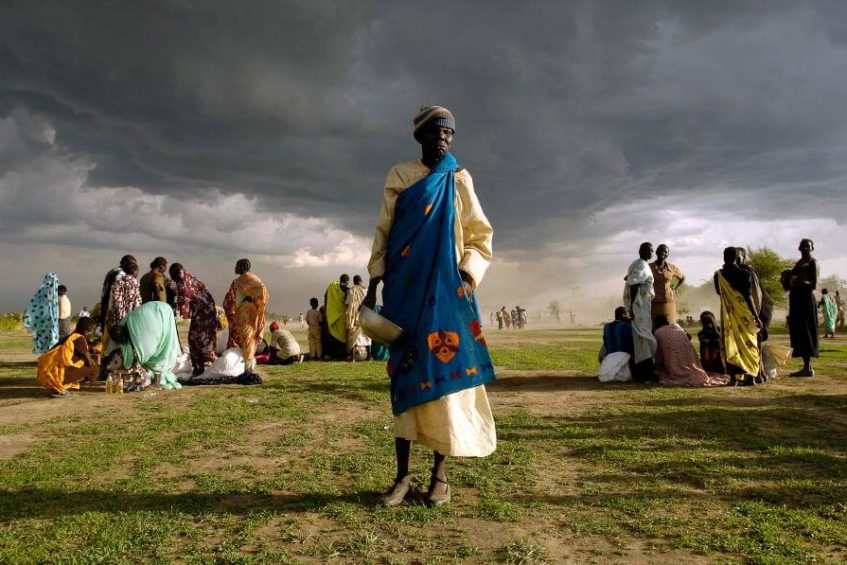 Today marks exactly four years since the unilateral declaration of the unofficial Abyei Area Referendum organized by the Ngok Dinka in Abyei region.

On this day, after two years of missed opportunity for South Sudan and Sudan to organize the referendum simultaneously with the self-determination exercise in South Sudan, the nine Ngok Dinka chiefdoms took the matter into their own hands by organizing their own popular vote.

This is after years of contentions between leaders in South Sudan and Sudan who still could not agree on who is eligible to vote in the referendum.

Sudan claimed the nomadic Arab Misseriya tribe, whose cattle accesses pasture lands in Abyei annually, be accorded full voting rights. South Sudan rejected the notion citing the Abyei Protocol in the CPA, and the ruling by the International Permanent Court of Arbitration, that proclaimed that only the Ngok Dinka tribe and permanent residents may vote.

The Abyei Area was accorded a “special administrative status” by the 2004 Protocol on the Resolution of the Abyei Conflict, known as, the Abyei Protocol, in the Comprehensive Peace Agreement.

Under the terms of the Abyei Protocol, the Abyei Area was declared, on an interim basis, to be simultaneously part of the states of South Khordufan and Northern Bahr el Ghazal and issues related to be determined by the Presidency, made up of President Salva Kiir and President Omar al Bashir.

Days before the vote, a voter registration exercise begun and ended on the 24th of October, 2013. While addressing the press in Abyei town, a prominent political leader the Abyei area, Deng Alor Kuol declared to Eye Radio that the voting would begin on the 26th and end on the 29th of the same month.

Mr. Alor announced that the results would be revealed on the 31st of October. This was happening despite a joint statement issued by President Salva Kiir and Sudanese President, Omar el Bashir in which they expressed willingness to amicable resolve the Abyei issue through the formation of a Joint Administration and workout percentages for sharing the oil wealth in the region.

In his remarks, Deng Alor said they would only look at the road map of the Abyei area after conducting their own referendum.

Several attempts were made by the African Union, the UN and the Sudanese government to stop the exercise, but the Ngok Dinka proceeded with the peaceful vote.

The Misseriya nomadic community who favors the union with Sudan boycotted the vote.

On the 31st of October, 2013, the Chairperson of the Abyei Area Community Referendum Commission, Monyluak Alor declared the results as follows:

“Total registered voters for Abyei Area Community Referendum were 64,775. And the turnout was 64,433.

The total number of those who voted to remain as part of Sudan was, 12 votes, making a percentage of 0.01.

Immediately, the African Union described the vote as a threat to peace between Sudan and South Sudan.

A few months before this, the UN Security Council, by its resolution 2104, increased UN Interim Security Force for Abyei area up to 5,326 peacekeepers, as requested by Sudan and South Sudan, considering heavy clashes and the occupation of Abyei by the Sudanese army some years prior.

Renewed violence, escalating tensions and population displacement in the Abyei region increased as Southern Sudan was preparing to formally declare its independence from the Sudan on 9 July 2011.

UNISFA was authorized to use force to protect civilians and humanitarian workers in Abyei, after South Sudan and Sudan agreed through a deal, brokered by former South African President Thabo Mbeki, for a third party to monitor the flashpoint border between the north and south.

Six years on, and a referendum on Abyei has still not been held.

Several events such as instabilities in Sudan and South Sudan have overtaken the Abyei issue, although unofficially various leaders from the two countries made remarks on the issue.

The UN said that the domestic issues affecting South Sudan and Sudan have overshadowed their willingness in resolving the Abyei issue.

In August last year, the UN Security Council raised concerns over lack of implementation of the work of the Joint Border and Verification Monitoring Mechanism by South Sudan and Sudan in regards to Abyei area.

The council said Abyei has not been demilitarized, with UNISFA reporting an increase in criminal activity, including cattle rustling, carjacking, robbery, and grenade attack in Amiet market.

While the governments in South Sudan and Sudan concentrated on domestic issues, insecurity has been experienced in Abyei area.

The spokesperson of the SPLM in Abyei, Waar Majak said suspected armed men from Sudan continue to carry out attacks on residents of Abyei.

He said most of the attacks are done at night when the UNISFA forces have concluded patrols in the area.

“It’s organized attacks on the civilians and the motive behind it is creating fears among civilians and preventing them from the voluntary return to the different villages and areas in Abyei,” he said.

These incidents happened despite the establishment of the Amiet market which was viewed as a crucial joint community-initiative for peaceful coexistence between Misseriya and Ngok Dinka in the Abyei area.

It was one of the objectives agreed upon including the establishment of a joint traditional court to govern the market.

Sudan was required to remove its armed police from around an oil facility in Diffra, as demanded by several Security Council resolutions.

The Security Council said with the exception of UNISFA peacekeepers, the Abyei Police Service has not yet been established.

“Our calls to the government of South Sudan is to increase its diplomatic meetings between the African Union and on Abyei issue and give them pressure on government of Sudan to stop targeting civilians or even support the UNICFA forces to protect the civilians in different areas of Abyei and conduct its tasks in official way to protect civilians and their properties,” Mr. Waar added.

In May of 2016, South Sudan and Sudan were required to demonstrate clear commitment and guarantees for the implementation of the Joint Border and Verification Monitoring Mechanism.

It said with the exception of UNISFA peacekeepers, the Abyei Police Service has not yet been established.

Officials from the two countries have been severally expected to meet to address the challenges of the Abyei area based on a sixty days ultimatum given to them by the Security Council last year.

South Sudan’s Minister of Information, Michael Makuei, in an earlier statement urged the United Nations to help in resolving the contentious issues related to the status of Abyei, instead of giving ultimatums.

The United States expressed frustrations over the inability of the two countries to meet and resolve the Abyei issue.

Ambassador Niki Hailey in her remarks to the Security Council said that Sudan and South Sudan are taking advantage of the relative stability UNISFA provides to delay attempts to resolve the status of Abyei.

The US is the pen-holder on Abyei.

Ethiopia had rejected calls by some Council members to reduce the number of UNISFA troops saying it would undermine the effectiveness of the mission.

The Head of Finance and Economic Planning in Abyei, Malong Tong earlier said it’s been difficult for leaders from both countries to meet due to lack of clarity on issues to be discussed and the strong position taken by either side on the Abyei issue.

“There is still hope”

Despite the absence of any discussions on the Abyei issue, Deng Alor in his remarks this year to Abyei intellectuals in Juba expressed optimism that the issue will be resolved soon.

An organization called the Christian Solidarity Worldwide (CSW) has called on the governments of Sudan and South Sudan to honor their commitments under the Comprehensive Peace Agreement (CPA), by withdrawing unauthorized security personnel from the area and facilitating a referendum in accordance with agreed international stipulations.

This week, President Salva Kiir is expected to visit Sudan for series of meetings with his Sudanese counterpart, Omar al Bashir.

The two leaders met in 2014, after President Kiir visited Khartoum to discuss the cooperation agreement signed in 2012 between the two states.

In August this year, the Minister of Foreign Affairs, Deng Alor said this meeting would likely yield among other things, the way forward for the Abyei area.

He said his previous meeting with President Bashir was positive since the Sudanese leader expressed willingness to resolve the matter once President Kiir visits Khartoum.