You are here: Home  |  News | World News   |   Compaoré to be charged over Sankara murder

Compaoré to be charged over Sankara murder 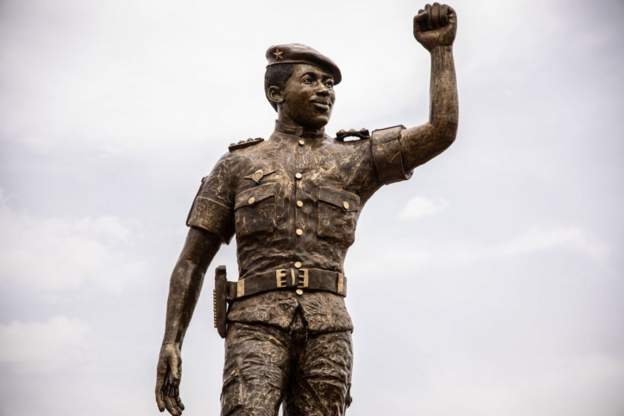 A bronze statue of Thomas Sankara at his memorial at the Conseil de l'Entente in the capital, Ouagadougou/Getty Images

Blaise Compaore, the former president of Burkina Faso, is to stand trial for the murder of Thomas Sankara, the man who he ousted in 1987, a military tribunal has announced.

Mr Compaore was forced into exile in 2014 after he attempted to change the law to extend his rule. A warrant for his arrest was issued in 2015.

A military tribunal on Tuesday indicted him for “attack on state security, complicity in murder and concealment of corpse.”

Thirteen other people were among those charged along with the former president.

Sankara, often called the African Che Guevara, was a hugely popular leader and has become a cult figure.