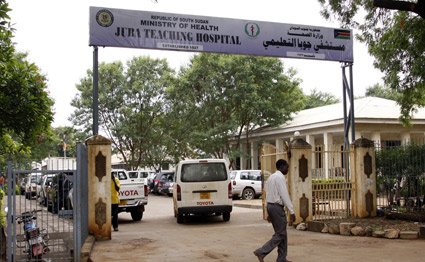 The doctors and health workers at the Juba Teaching Hospital have called off the strike after they reached an agreement with the authorities.

The medical personnel had laid down their tools, demanding the government to pay their COVID-19 incentives and clear other arears.

The sit-down strike reportedly left several patients in horrible health conditions as they remain unattended to.

“We have agreed, first of all that, the work must resume,” said Dr. Anthony Garang, Doctors’ Union acting chairperson.

“And a committee was immediately formed. This committee consists of intern doctors, officials from the ministry of health and Doctors’ Union and the head of the department at the hospital, to look into the recommendations that came out of the meeting.”

Meanwhile, the undersecretary at the Ministry of Health – Victoria Majur – confirmed that the health professionals have resumed work.

The over 80 health professionals also pointed out insufficient work-related security, accommodation, transport, and other benefits as some of the challenges they face.

According to Doctors Union, health professionals in the country are paid too little, with no benefits and retention packages.