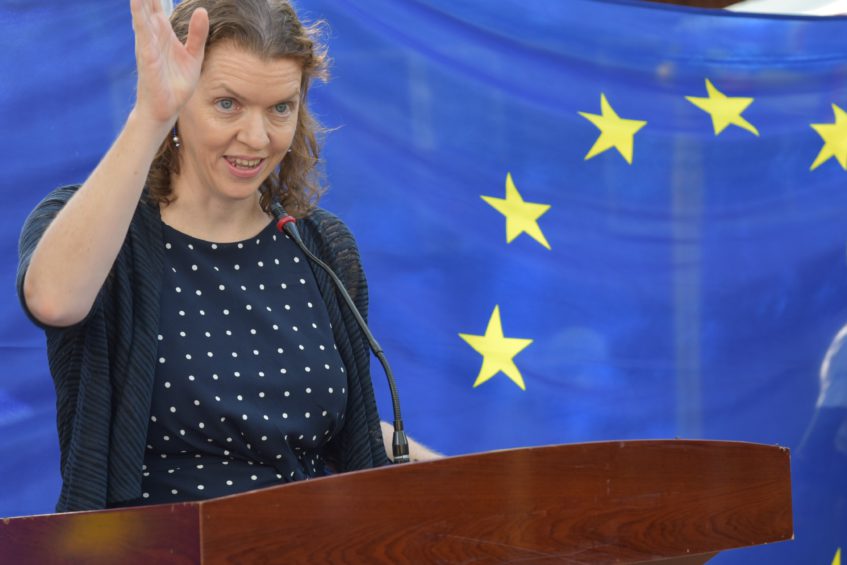 The European Union has called on the peace parties to engage in dialogue and urgently compromise on the concerns that emerged after the creation of three administrative areas.

Over the weekend, President Salva Kiir agreed to return the country to the former ten states, and created three administrative areas in order to agree with opposition groups to enable formation of a coalition government three days from now.

The three administrative areas are Ruweng, Greater Pibor, and Abyei.

The decision is in line with demands of opposition groups that have been pushing for annulment of the 32 states which they say were “illegally” created by Kiir.

After the decision was announced over the weekend, some members of the public welcomed the decision, saying it is a good move for peace and stability in the country.

In a statement released on Tuesday, the EU delegation to South Sudan (France, Germany, the Netherlands, Sweden), together with the Heads of Mission of Canada and Switzerland described the decision as “significant step towards the formation of a unity government” the decision to return the country to 10 states.

They say it is an important step towards the peace that the South Sudanese people so urgently need and so richly deserve.

The EU also said there remain challenges and issues that will require further discussion and agreement among the parties to the revitalized peace agreement before and after the formation of the new government.

This according to the delegations, include the Administrative Areas which requires additional dialogue among the parties, and also the security arrangements.

They are encouraging parties to engage in these discussions as soon as possible, collaboratively and with a spirit of compromise.

The main opposition leader, Dr. Riek Machar is already in Juba to discuss with President Salva Kiir some of the remaining tasks in the new peace accord.

The parties are now left with three days for the establishment of the unity government.