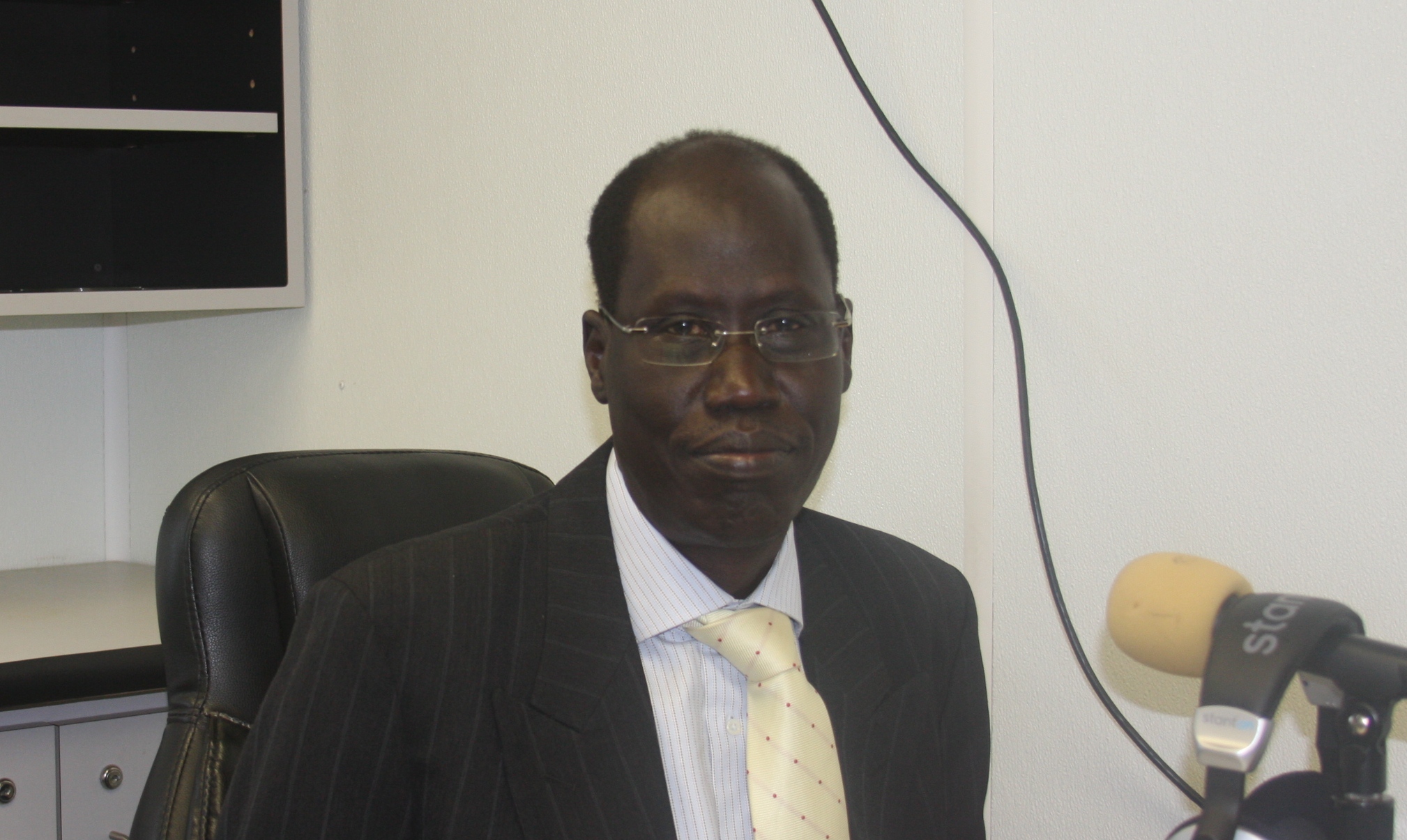 John Akech, Vice Chancellor of the University of Juba. Apr 11, 2014

The Vice Chancellor of the University of Juba says public universities across the country will likely close down due to financial constraints and the devaluation of the South Sudanese Pounds.

Professor John Akech said that about twenty thousand students studying in the five public universities will be affected if the closure takes place.

In an opinion written this week, Dr. Akech said the institutions are seriously underfunded and lack the basic infrastructure, such as quality lecture halls, well-stocked libraries, equipped laboratories, internet connectivity and office space for teaching staff.

“It is just like a child; if you don’t feed them, a child will die,” Dr. Akech said.

He said this is because the Ministry of Finance often commits to only paying salaries, and hardly earmarks any funds for operation, infrastructure costs or laboratory equipment.

Akech added that the collection of students’ fees at the University of Juba has staggered since the collapse of the economy.

He said in 2014, the University of Juba’s monthly operational costs were between 350,000 and 450,000 South Sudanese Pounds per month, while the university was spending about 80,000 a month on fuel; and 120,000 pounds per semester to print out examination answer sheets.

He said the administration of the University of Juba has also noted an increasing number of teaching staff taking leave without pay to work in the NGO sector.

“If you don’t provide support to the universities, they will not be able to deliver on their functions and their mission. So what I am saying there is; if the universities run out of money, it is likely that we will close,” he said.

He said all these factors shade a bleak future for the public universities in South Sudan.

Akech said the closure of any university will have negative consequences on the country’s economic recovery and a retarded economic growth in the coming decades.

“I don’t think it is an option for us to close universities,” Akech said.

He urges the government to immediately undertake measures to reverse the underfunding of South Sudan’s higher education sector.