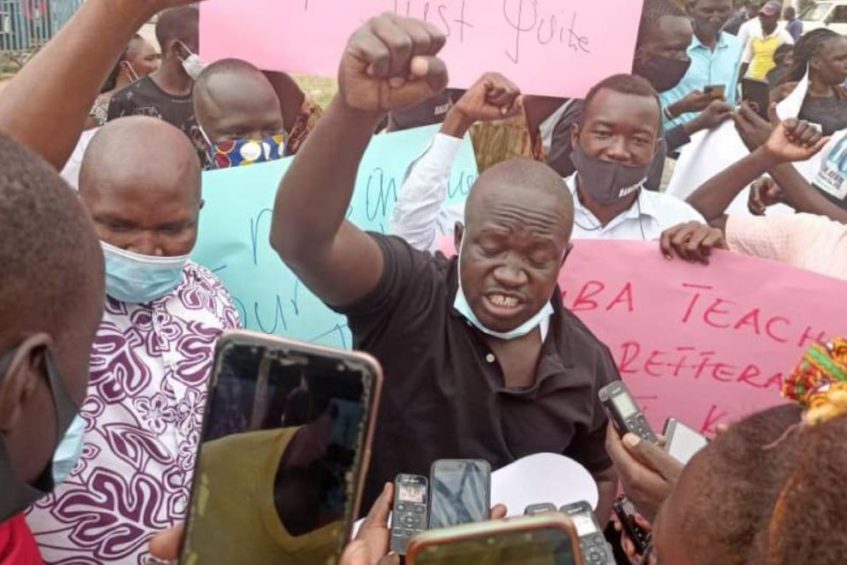 Jame Kolok, the Executive Director of the Foundation for Democracy and Accountable Governance, and Wani Michael, executive director of OKAY Africa, were among detained protesters | Credit | Courtesy

Police in Juba released 22 detained protesters who had taken to the streets following the death of singer Trisha Cee and a boda-boda rider on Monday.This is according to Jame Kolok, the Executive Director of the Foundation for Democracy and Accountable Governance who was among those freed last evening.

The activists, mourners and youths gathered at Mobil roundabout in Juba to demand answers on how the government is going to fix the health sector especially at the Juba Teaching hospital after the death of Trisha.

Friends and family members blamed her death partly on the slow services being offered at the country’s main referral hospital.

Other protesters raised the issue of blood bank being non-operational and access for form eight from police to access medical service in both public and private hospitals.

The protesters carried placards that read: “Do not kill us, “Juba Teaching hospital is killing us,” among others.

The police then started making individual arrests by picking on those they believed to be the ring leaders.

Before the protest was stopped 22 of the protesters were picked by the police and whisk away to Juba police station.

“We had been incarcerated for almost more than eight hours but I can confirm to you that all of us – 20 gentlemen and two young ladies – have been released, ” Kolok said.

“Right now everybody has gone to their various places.”