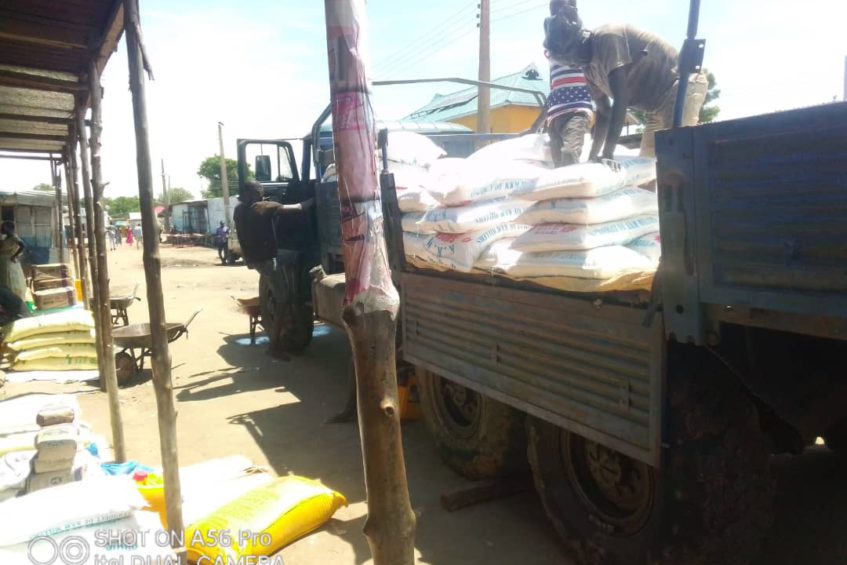 A Jonglei-based civil society activist has accused the state authorities of stealing food items that were donated by President Salva Kiir to flood victims recently.

The president donated the food aid last month during his visit to Bor Town.

However, David Garang, chairperson of the Jonglei State Civil Society Network, says locals spotted some of the items being offloaded into shops.

He quoted traders in Bor as saying they bought the food from Alpha Junior, a school facility used for storing the items donated by the president.

“So I asked them to name the seller because I wanted to buy, but they refused to disclose his name,” Garang told Eye Radio.

Responding to the accusation, the Mayor of Bor Municipality described the claim as untruthful.

Agot Alier claimed that the food in the market might have been taken by some recipients.

“If at all anything has been found, then it should have been from the beneficiaries but not from any other source,” Alier stated.

“So it is not true because I think the food was distributed before everybody. But, of course, you don’t rule out. Maybe any beneficiary went and sold out their rations.”

Thousands of civilians have reportedly been displaced following flash floods that hit the Jonglei State region in 2020.

It’s not clear how and why a recipient or group of recipients would sell their shares of the presidential food donations.