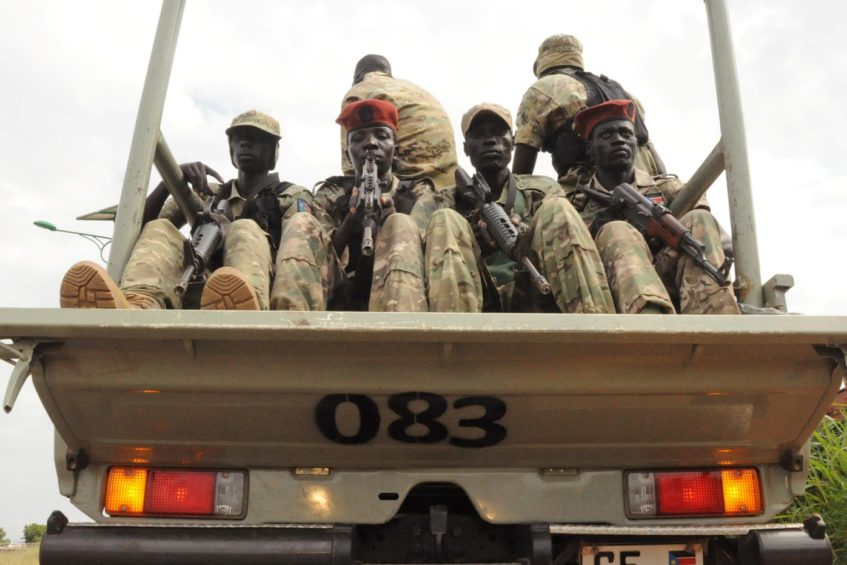 The South Sudan National Security Service has warned its officers against indiscipline and abuse of power.

This is after it found one of its officers guilty of negligence and abuse of power on Tuesday.

It alleges that officers of the national security service torture, ill-treat detainees, including beatings, piercing them with needles, dripping melted hot plastic on them, hanging them upside down from a rope, electrical shocks, and rape.

However, the spokesperson of the Internal Security Bureau of the NSS said the agency does not tolerate any violation of existing laws by its officers.

“The service wants to inform and assure the people that the service under no circumstances is liable to condone crimes committed by its members,”  David John Kumuri said on the state television, SSBC on Tuesday.

“It herein warns them to desist from such acts because they do not represent the ethics.”

The rights watchdog alleges that the agency indiscriminately detained various people, including pregnant women, people with disabilities, and children.

But the government spokesperson, Michael Makuei often describes them as unfounded and fictitious reports written in hotels to earn a living and tarnish the image of the government of South Sudan.

On Tuesday, the National Security Tribunal sentenced an officer to five years in prison for violating the service act.

He was stripped of his rank and removed from the service active and denied all forms of post-service benefits.