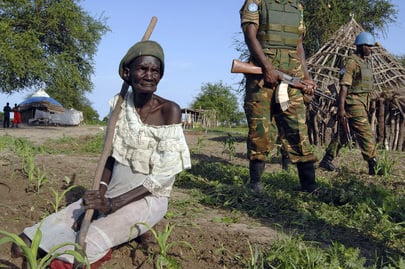 The United Nations Security Council has unanimously renewed the mandate of the peacekeeping force in the disputed Abyei area.

On Tuesday, the Council said the over 4,000 strong peacekeeping troops of the UN Interim Security Force for the Abyei area will remain in place until November 15, 2021.

The resolution won the unanimous support of the 15 members of the Security Council.

Besides the protection of civilians, the resolution authorized UNISFA to provide support to the Joint Border Verification and Monitoring Mechanism on the Sudan-South Sudan border.

The extension comes a month after Sudan asked the UN to replace Ethiopian peacekeepers in Abyei with another force from different countries.

Ethiopia is the largest contributor of personnel in the disputed Abyei region.

Sudan said it cannot accept Ethiopian forces in the strategic depth of the country while the two countries claim ownership of the Al-Fashqa border area and the construction of the Ethiopian Renaissance dam.

But the UN Security Council decided to renew the mandate of the UNISFA with its existing components for another six months.

The resolution directed that UNISFA should maintain the authorized troop ceiling at 3,550 and the police ceiling at 640.

It, however, asked the UN Secretary-General Antonio Guterres to conduct a strategic review of UNISFA and assess recent political development between Sudan and South Sudan.

A detailed recommendation will be submitted by September 30 on reconfiguring the mission and establishing a viable exit strategy.