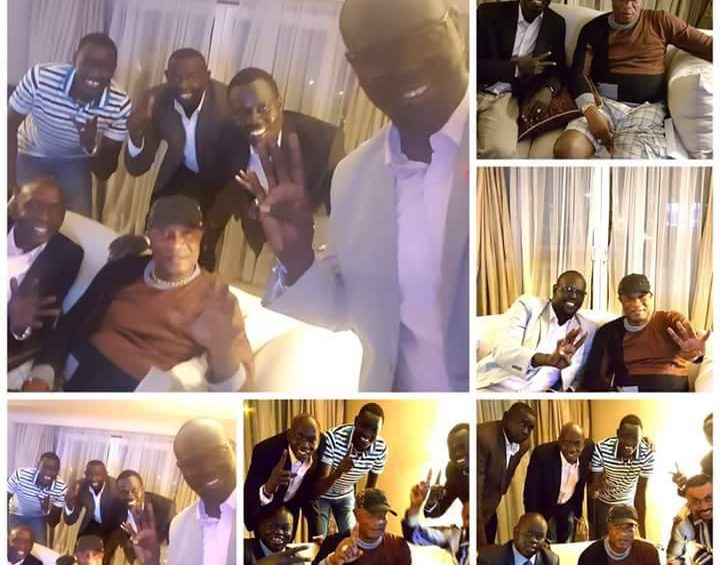 If there are 3 major topics that dominated public debate on the status of the economy and politics in South Sudan last week, they would be: Dr. Barnaba Marial statement on Luka Biong and his dismissal, coming of the 22 SPLM-IO police generals, rate of the dollar and the alleged payment of $1.5 million to legendary Congolese musician, Koffi Olomide –in order to perform in the country.

Many South Sudanese expressed their disgust at the notion of a South Sudanese being able to pay that huge amount -with utmost disregard for the hardship majority of the population is going through.

It was reported online that the son of Kornelio Koryom, the governor of the Central Bank paid the said amount in cash, to enable Koffi Olomide perform in Juba.

The report further claimed that the money was “stolen” from the bank through forexes that allegedly belonged to Bul Kornelio Koryom.

However, the organizers of the show have described the reports has “untrue and unrealistic.”

The company that is organizing the concert is call; KAF INTERNATIONAL, a business company of young entrepreneurs registered legally by the government.

One of KAFF International company’s staff, who did not want to be identified by his name, said that “no such amount was paid to Koffi Olomide.”

He said the company sought the services of Koffi Olomide for less than $50,000.

“This is absolutely rubbish. Even if we had such an amount at this time, there are more pressing things that we would do to help this country,” said the staff.

The KAFF staff added that the company’s representatives met Koffi in Nairobi recently, where Koffi turned down other offers by promoters in other countries because he reportedly had wanted to perform in Chad and Sudan since his hay days.

“When we told Koffi we are from South Sudan, he said this was his dream. He was not interested in the money. What we paid him is less than $50,000.”

KAFF International said Koffi Olomide being the African Union Goodwill ambassador will use the money to pay for about 25 members of his band, and other artists subscribed to his goodwill initiative.

The concert is dubbed as the “First International Music Festival” in Juba. KAFF said the aim is to counter the negative image of the country being shown to the world by constant reports of conflicts, famine and hunger since 2013.

“We want the world to know South Sudan is not all about bad things. We hope Koffi Olomide’s presence as a legendary international artist; will be able to tell the world that there is life in South Sudan, and that we are not all about conflict,” the staff added.

The tickets of the concert are being sold at SSP 1,000 for everyone. There is no VIP tickets provided for.  KAFF International Company staff said it was done deliberately to unite the public and their leaders through music.

“When confronted with sadness and sorrow, people resort to music. It’s an African culture. We are not doing this in complete oblivion or disregard of the death and sufferings in our country, but we are doing it to overcome the negativity and the sorrow through music,” He added.

The member of the organizing committee of the concert urged the public not to be critical of positive initiative by relying on unfounded allegations. He appealed to those circulating the report on the $1.5 million, and calling for the boycott of the concert, to provide proof of such amount being paid to Koffi Olomide.

“Responsible journalism requires a reporter to provide evidence in order to have a credible report. Anything less than that is an insult to your said profession,” he said.

This will be the first time Koffi Olomide performs in South Sudan. The concert will take place from 12pm at Freedom Hall in Juba on 3rd April, 2016.