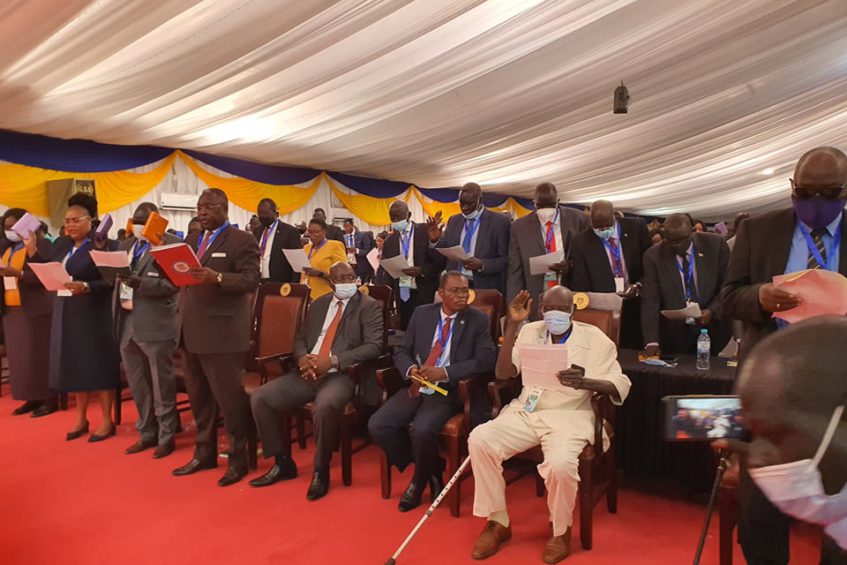 President Salva Kiir has called on lawmakers to urgently discuss and approve the country’s fiscal year budget after two years of no national budget.

Last month, the Minister of Finance and Planning presented to the Council of Ministers over 500 billion South Sudanese pounds budget estimates for the fiscal year 2021/2022.

The details of the 551 billion budget and its priorities have not been made public.

By law, the budget is supposed to be submitted to the national legislature by no later than the 15th of May of each financial year, but this has not been happening for the last two years.

The government has instead been operating on a supplementary budget approved by the Council of Ministers.

For the fiscal year 2019/2020, the Economics Cluster approved a 60-billion pounds supplementary budget.

Yesterday, the national parliament and the Council of States held their first session in Juba since the formation of the transitional government in February 2020.

President Kiir told the legislators that the government cannot continue to operate without an approved budget.

“Your counterparts in the executive branch have been working on most of the files. Today, I am drawing your attention to these files to ensure that they top your legislative agenda,”

“One of such files is the national budget, it has already been debated and approved by the cabinet and awaits your discussion and final approval.”

“I urge you to take this as a matter of urgency because the country cannot any longer afford to operate without an approved budget.”