Serena promises a ‘strong’ come back 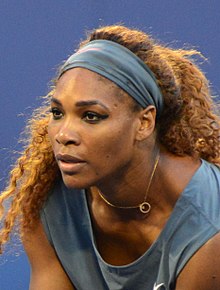 A day after losing her Wimbledon title, Serena Williams says her run to the final showed she can still be a contender to win Grand Slams and that this is just the start of her comeback.

The 36-year-old American lost 6-3 6-3 to Angelique Kerber in Saturday’s final, as the German capitalized on her error-strewn performance.

“These two weeks have really showed me that, OK, I can compete,” she said.

“I didn’t know a couple of months ago where I was, where I would be, how I would do, how I would be able to come back. It was such a long way to see light at the end of the road.”

“Obviously I can compete for the long run in a Grand Slam. I can come out and be a contender to win Grand Slams.”

The former world number one who has won seven Wimbledon singles titles said she had learned a lot from her past seven matches at the All England Club.

While her serve remains powerful – reaching 125mph, the fastest in the women’s singles – some rustiness showed in her finishing of sometimes routine shots and laboured movement around the court.