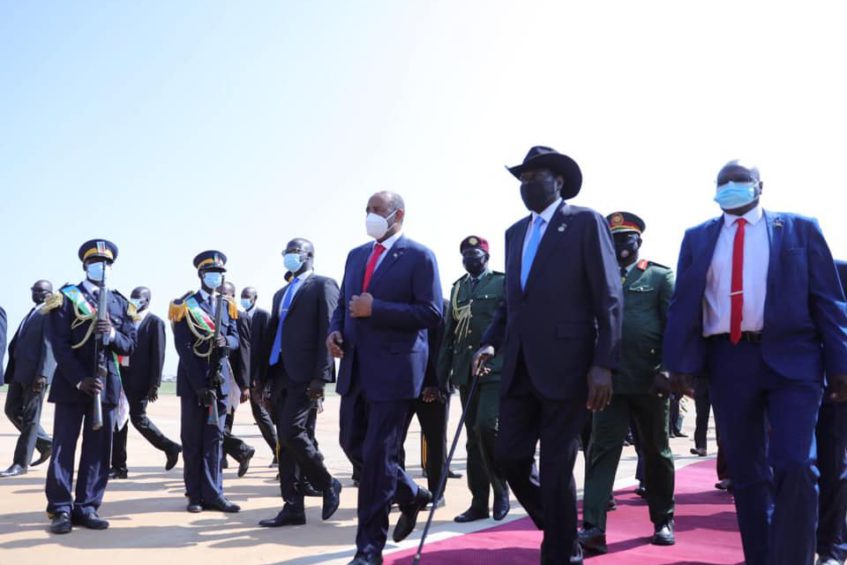 Talks between the transitional government of Sudan and the armed opposition SPLM-North led by Abdel Aziz Adam al-Hilu have resumed in Juba on Wednesday.

The two sides signed a declaration of principles two months ago.

The transitional government of Sudan agreed to separate religion from the state.

This was one of the conditions put forth by the SPLM-North al-Hilu for it to engage in talks.

On Tuesday, the Sudanese Prime Minister Abdallah Hamdok and a government delegation arrived in Juba.

This morning, the head of the Sudanese Sovereign Council Abdel Fattah al-Burhan also arrived in Juba to negotiate with SPLM-North under Abdelaziz al-Hilu.

The two parties will begin negotiations on a power-sharing formula, democracy, a federal system of governance in Sudan, among others.

During the declaration of principles, the Sudanese government and the SPLM-North of al-Hilu agreed to establish a civil, democratic, federal state, with the freedom of religion for all Sudanese.

Kiir is also acting as a mediator between the new regime in Sudan and the various anti-Khartoum groups that he helped to reconcile ahead of the talks.

The talks are aim at bringing all the armed movements and the new Sudanese government to Juba to negotiate and end the civil war in Blue Nile and Darfur regions.