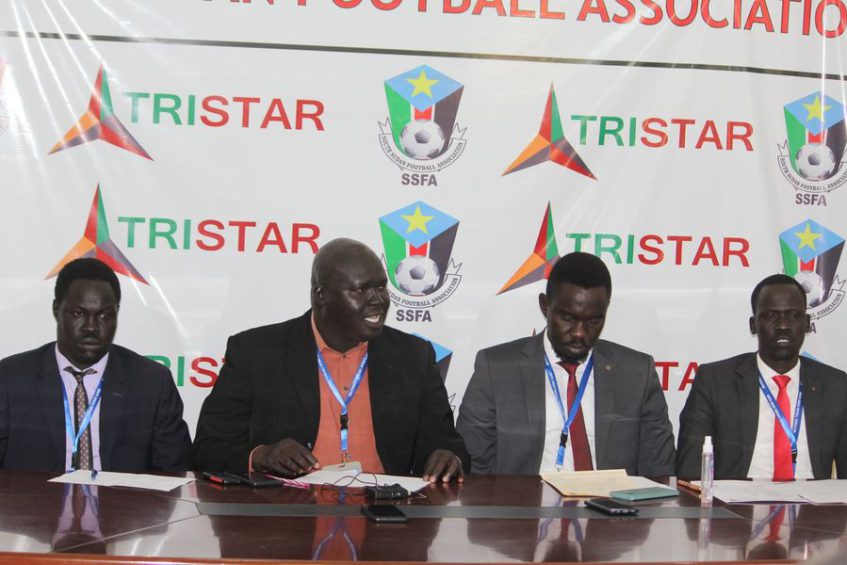 The SSFA electoral plans to hold elections on the 22nd of this month/CREDIT: SSFA.

The electoral committee of the South Sudan Football Association has excluded two candidates from running for the post of president.

This was revealed during a press conference at SSFA headquarters on Saturday when the committee released a preliminary list.

The two candidates are Yohanis Musa Puk and Al-Shafiqe Gordon who according to the electoral committee, did not fulfill qualification criteria.

According to Abdallah Delusk, the secretary for the electoral committee, Mr. Yohanis did not meet articles 4, 6, and 7 which include experience, nomination, and secondment while Mr. Gordon failed to complete the form on time according to article 8 of the electoral code.

“Concerning Yohanis Musa, he did not meet the criteria of articles 4 and 6,” he added.

The two candidates have the right to appeal against the decision within three days.

The candidates whose names are published as qualified for the position of the president are Lual Maluk, Peter Achuil, Augustino Maduot, and Francis Amin.

The SSFA elections are to be held on the 22nd of this month.