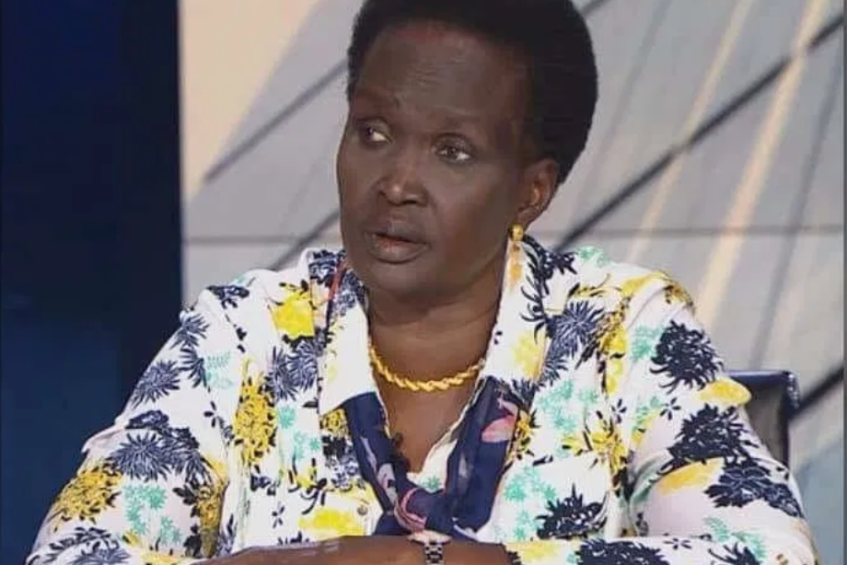 A bodyguard of Vice President Rebbeca Nyandeng Garang has allegedly slapped a reporter in Juba on Wednesday.

According to the journalist, the incident happened at Nyakuron Cultural Center during the commemoration of International Youth Day.

The Vice President in charge of Gender Cluster was at the event.

Denis Logonyi, who works for Classic FM said the incident happened when he snapped a picture of Rebecca Nyandeng using his cellphone.

The bodyguard, who has not been named, approached him and asked that the journalist deletes the images on the phone.

When the journalist identified himself, he was reportedly dragged out of the hall and slapped by the bodyguard.

“The Vice President came out with the other dignitaries and while I was taking the photos -which I didn’t know was a problem – one of the security officers in a suit came and asked for my ID, although I was putting on a media tag around my neck. so I removed my ID and showed him, but a soldier who was in uniform came and manhandled me. He was pulling me by the shirt,” Denis Longony narrated.

The Office of Vice President Rebecca Nyandeng said it is aware of the incident but could not comment on the matter until investigations are done.

The attack on the journalist comes less than a week after Vice President Dr. James Wani Igga reminded government institutions to facilitate access to information and the freedom of media for South Sudan to prosper.

He affirmed that the media and activists provide the government with views necessary for reforms.