We just want to right past wrongs – say Pagan, Malong 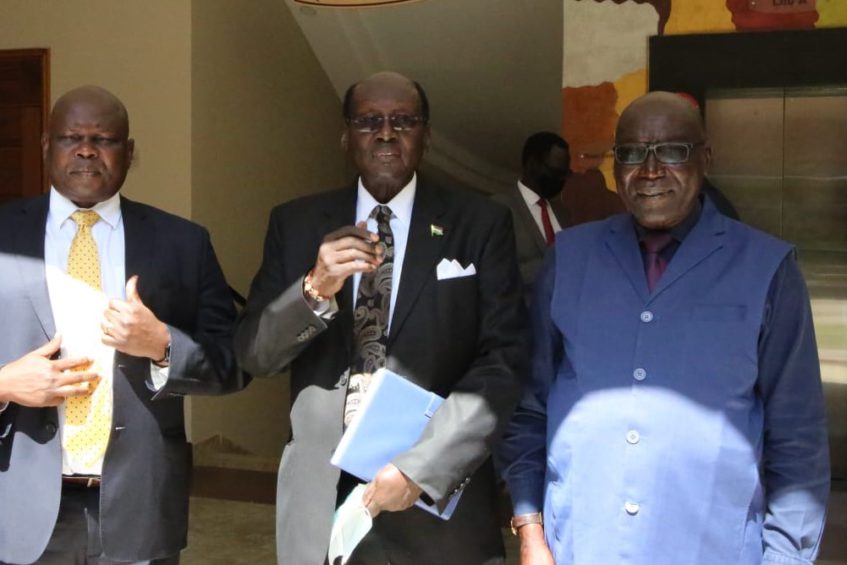 Two senior members of the South Sudan Opposition Alliance say they do not seek positions but to work with the government in addressing past mistakes.

Pagan Amum and Paul Malong clarified their interests in negotiating with the government as required by the region and the international community.

The international community has often demanded that SSOMA be part of the current revitalized peace agreement.

Over the weekend, the government and the Opposition Alliance met in Naivasha, Kenya, to continue peace talks that were previously held in Rome, Italy.

During the discussion, both sides reiterated their commitments to ending hostilities and advancing the peace process.

Pagan Amum, who leads Real-SPLM, told the conference that his intentions were to find lasting solutions to the underlying problems hindering political and economic stability in South Sudan.

“It’s time for us to rebuild our broken lives. We cannot continue causing problems to ourselves and to the region and expect our region to spend all time and resources, trying to solve our problems,” said Amum, former ruling party’s secretary-general.

For his part, the chairperson of the South Sudan United Front, Paul Malong, expressed optimism in the progress being made in the peace talks.

He said: “I’m confident that we can successfully achieve the agenda at the end and set promise agenda for the continuation of political dialogue.”

The talks between the government and the holdout opposition groups started in 2019.

In January 2020, both sides signed a peace declaration in which they recommitted to the cessation of hostilities and called for uninterrupted humanitarian access to the local and international organizations.

The talks, facilitated by the Rome-based Sant’Egidio Community, are aimed at supporting an inclusive peace agreement in South Sudan by persuading the holdout group to join the revitalized peace deal signed in September 2018.

NAS and the SSPDF, including forces of the SPLA-IO, have often clashed in several areas within Central Equatoria state.

The head of the government delegation, Dr. Barnaba Marial, stated that the cessation of hostilities deal remains an essential part of facilitating genuine dialogue among the parties.

“We all know that we are not starting from scratch. I’m very hopeful that we will achieve progress in this session,” Dr. Marial added.

During the Naivasha talks, the parties signed a declaration of recommitment to the cessation of the hostilities agreement.

They also signed a recommitment to the Rome declaration and Rome of Resolution.