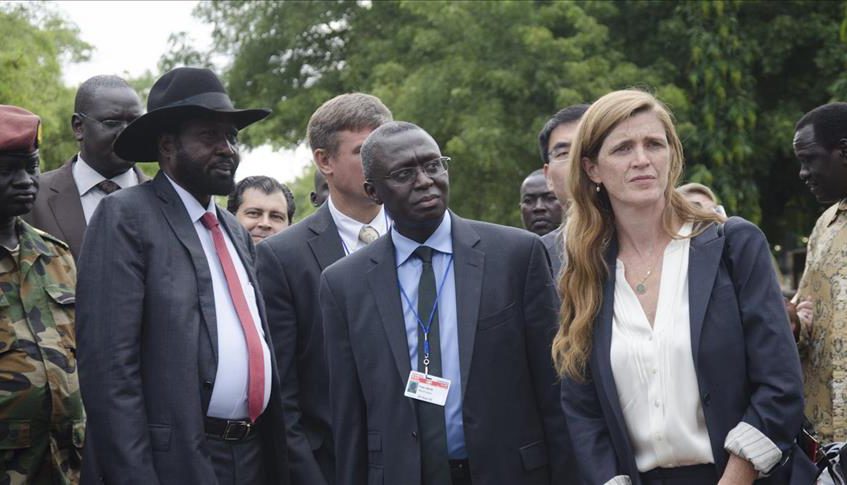 President-elect Joe Biden has nominated Ambassador Samantha Power as USAID Administrator, this is according to the official Twitter account of the Biden-Harris presidential transition.

The transition team also said that Biden plans to elevate the position of USAID administrator to become a member of the National Security Council in his administration.

Power’s nomination is the latest example of Biden leaning on officials who served in the Obama administration to fill key roles.

Amb Power together with other members of the Security Council came to Juba in 2016 – a visit she described as a “show of solidarity” to the people of South Sudan.

In 2017, the U.S top diplomat was unable to persuade the United Nations Security Council to impose an arms embargo on South Sudan and sanctions on key leaders.

This was in an attempt to avert what the United Nations has said could become a genocide in South Sudan.

“Council members who didn’t support this resolution are taking a big gamble that South Sudan’s leaders will not instigate a catastrophe,” Ms. Power said, citing the world’s failure to respond to genocide in Rwanda in 1994.

In a statement, Biden described Power as a “world-renowned voice of conscience and moral clarity” and said he has personally witnessed “the unparalleled knowledge and tireless commitment to principled American engagement she brings to the table.”

“Her expertise and perspective will be essential as our country reasserts its role as a leader on the world stage,” Biden said.

“As USAID Administrator, Ambassador Power will be a powerful force for lifting up the vulnerable, ushering in a new era of human progress and development, and advancing American interests globally.”

If confirmed, Power would lead the government agency responsible for distributing civilian foreign aid around the world.

USAID has seen its standing diminished in recent years, as President Trump has sought enormous cuts to foreign aid programs.

In a video shared by the transition team later Wednesday, Power described USAID’s work as essential to maintaining U.S. national security and tackling issues that Biden is putting at the center of his agenda as president.

“The United States has a chance to partner with and support people who are on the front lines in battling COVID, who are trying to build climate resilience, who are standing up for the rule of law, standing up against inequality and trying to create more just societies,” she added.

If confirmed, Power is likely to benefit from the working relationships she has already established with members of Biden’s senior team.

Before serving as ambassador to the U.N., Power served on former President Obama’s National Security Council as the senior director for multilateral affairs and human rights.

“As a journalist, activist, and diplomat, I’ve seen the world-changing impact of @USAID. At this critical moment, I feel immensely fortunate to have the chance to serve again, working with the incredible USAID team to confront COVID-19, climate change, humanitarian crises, & more,” Amb Power wrote in a tweet. 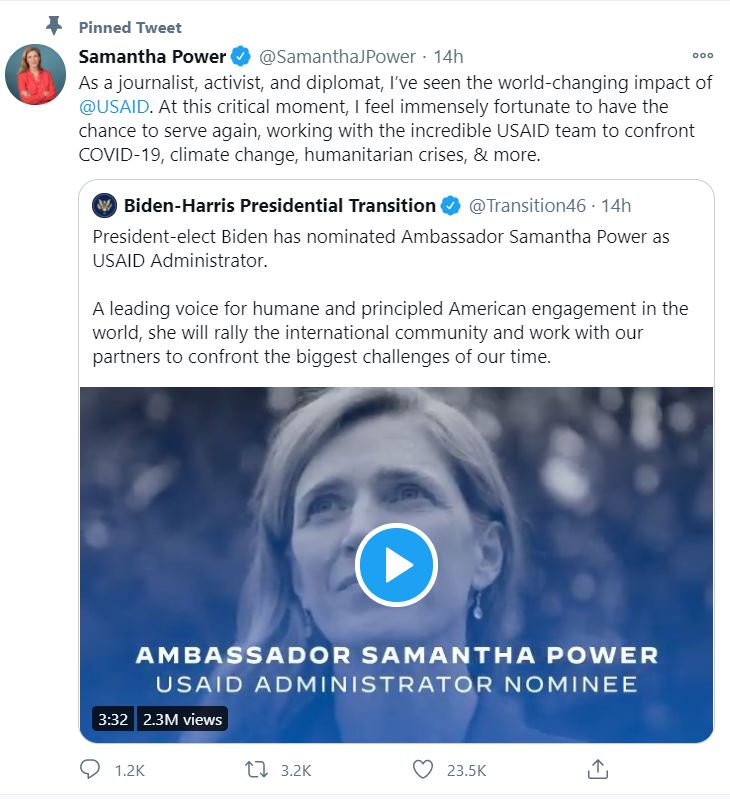