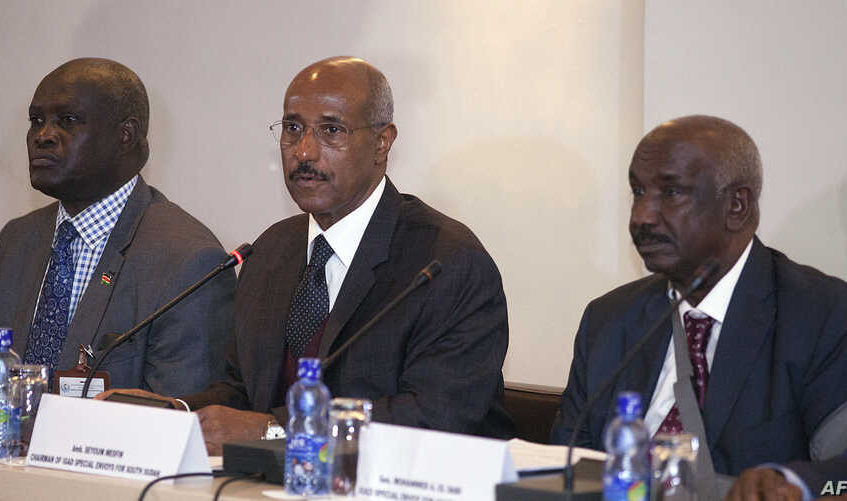 The former IGAD Special Envoy to South Sudan was a top TPLF official, and one of the close confidants of Meles Zenawi, who served as foreign minister from 1991 to 2010.

Seyoum Mesfin was the mediator of South Sudan’s 2015 peace agreement that collapsed in 2016.

Last November, Ethiopia issued an arrest warrant for the former South Sudan peace mediator accusing him of alleged roles in the TPLF insurgency.

According to the government’s task force for the crisis in Tigray said on Twitter, two other top TPLF officials, namely Abay Tsehaye and Asmelash Woldeselassie were also killed during the operation after they refused to surrender to the military.

Colonel Kiros Hagos, who was said to have deserted the ENDF to change side to the TPLF force, was also killed, apparently in the same operation, according to information from the Ethiopian army.

News updates from the Ethiopian defense force said that they were killed during a joint operation with the Federal police but did not specify when and where Seyoum Mesfin was killed.

“The TPLF officials and the military officers were repeatedly asked to surrender before they were annihilated,” said Brigadier General Tesfaye Ayalew who is head of the deployment department in the Ethiopian Defense Force.

Some Ethiopian activists on social media speculate that it has been several weeks since they were killed and that the government is releasing the information now to divert attention away from the massacre in the Benishangul region of Ethiopia.

Furthermore, the Ethiopian army announced lists of military officers who were captured in the operation:

There are still key TPLF leaders who are neither confirmed dead nor captured. Brigadier General Tesfaye Ayalew extended the call to surrender.

Prime Minister Abiy Ahmed’s government declared victory in its conflict with the TPLF on Nov. 28 last year after nearly a month of fighting.

Fugitive leaders of the TPLF had vowed to continue to fight from the mountains of the region in northern Ethiopia, but Reuters has been unable to contact them for weeks.

The military said last week it had captured Sebhat Nega, a founding member of the TPLF.

At the weekend, it said it had killed 15 members of the TPLF and captured eight others, according to state-run TV.

Airstrikes and battles since early November in Tigray are believed to have killed many people.

The United Nations said this week, fighting is continuing in some parts of the country and more than 2 million people need aid.

The media has been unable to verify claims by either side since phone and internet connections to the Tigray region are down and access to the area is strictly controlled.