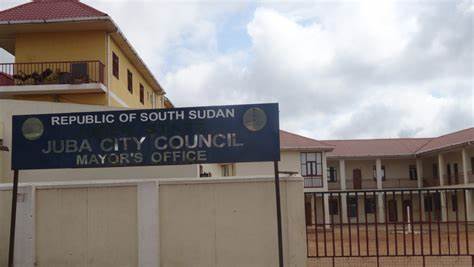 The Chamber of Commerce has threatened for the second time to drag to court the city council for over-taxing traders in Juba.

This comes after it received more complaints from traders in the capital, saying the council continues to demand unreasonable fees.

For example, a shop owner is forced to pay about 7,000 pounds as a fine for a used bottle of water found near his kiosk.

Others are ordered to pay mayor fee, garbage collection fee, and sanitation fee – all of which amounts to hundreds of thousands of pounds.

This, the chamber of commerce says, makes the market prices spring up.

“I want to make it clear now, it has become a habit for Juba City Council, whereby, when they don’t have money, they go every week to ask traders to pay a fine, whether you like it or not. It has become a way of getting money from people even when you pay your taxes,” Robert Francis said.

Last month, the state chamber of commerce issued a similar statement after traders threatened to go on strike over such exorbitant taxes.