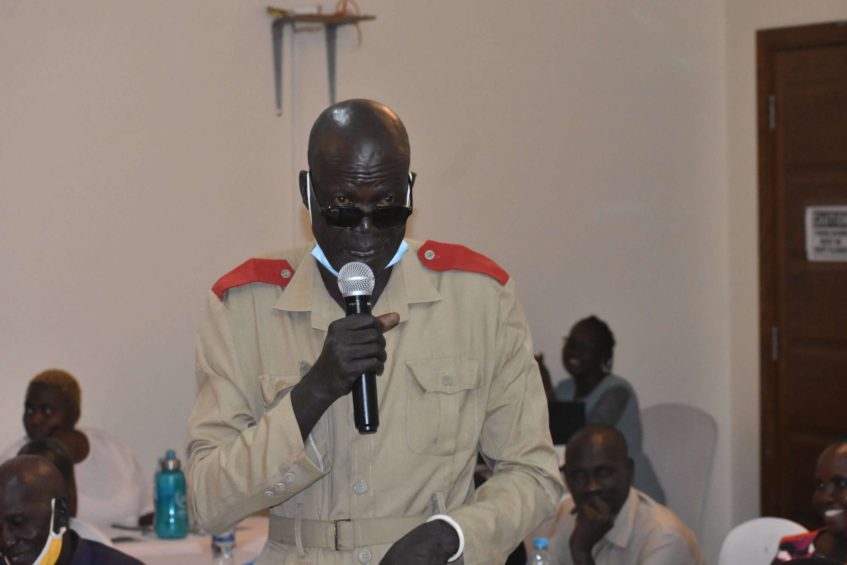 The paramount chief of Unity State has promised to apply the full force of the law against those he alleged to have been engaging in the practice of sexual exploitation and child marriage in his state.

William Lieth Kuoth made the remarks at the end of a three day chief’s conference on ending child marriage in Juba on Thursday.

He claimed some men are taking advantage of the lack of accountability and destroying the future of young girls with impunity.

“There are some old men of my age. As I am talking to you now, I was born in 1964, am I a young man? I am no longer a young man. I have gotten what I want in life and my time is over. This is the time to bring up my children,” he said in an interview with Eye Radio.

He accused powerful men of using their wealth to influence parents into marrying off underage girls, a practice he said was not prevalent in the past.

“These old men are putting black henna on their grey hair to look like young men, then they play with our young girls using something called manpower, they are playing with the young girls of their country, and where will that take them?”

”They know that they have no problem because the problem goes to the girls, to the women. When that young girl dies during delivery, this man will just go and collect his dowry from the girl’s family and get married again. We will take this issue to the states and it will not happen again,” Kuoth said.

Kuoth also appealed to his counterparts to stand up for the rights of children in all the 10 states.

“If you’re a chief in your Payam or Buma and you have seen such girls being forced to marry, by all means, open a case against whoever is behind it, whether the father of the girl or the father of the man getting married. This must follow procedures of the law up to the county and until the state.”

In South Sudan, 58% of girls are married before 18 years of age, depriving them of their basic rights as children.

To tackle this, the government together with other partners are working to implement the strategic National Action plan to end child marriage by 2030.

In the recent weeks, South Sudan has launched the 16 days of activism, a period dedicated to eliminating all forms of violence and discrimination against women and girls.

Sexual exploitation is an actual or attempted abuse of a position of vulnerability differential power or trust for sexual purposes.

On Friday, some women leaders from Yei County, who spoke to Eye Radio said sexual exploitation of boys is a hidden tragedy in the country.

They said some rich women have been sexually exploiting underage boys in major towns.

Commonly called sugar mummies, the women allegedly pamper young and energetic boys with gifts, including cash, vehicles and rented posh apartments – both in and outside the country.

The women leaders say this practice deprives the boy child an opportunity to study and develop a sense of self-reliance.