You are here: Home  |  Health | Humanitarian | News   |   UNICEF to ‘step up’ humanitarian response in the country 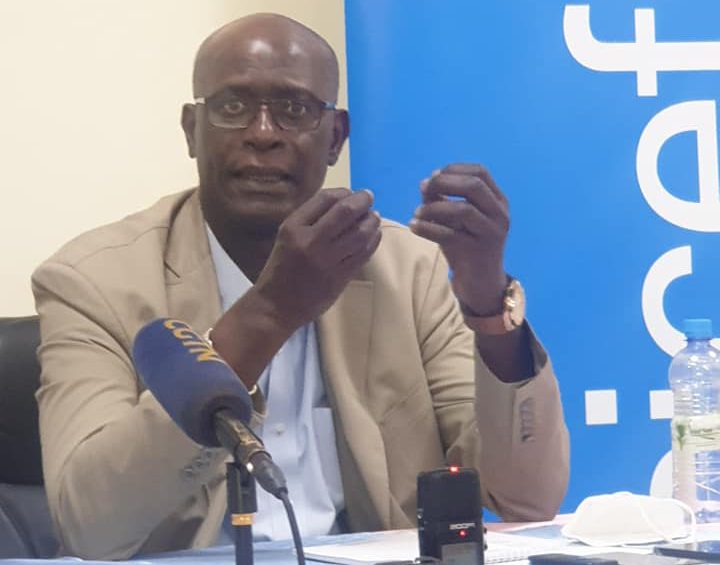 The United Nations children’s agency, UNICEF says it will step up its response to people affected by floods in the country.

Mr. Mohamed M. Fall is the UNICEF Regional Director for Eastern and Southern Africa since June 2019.

He is responsible for leadership, oversight and guidance to 21 UNICEF country offices, and the representation of the organization with governments, donors, the civil society and private sector.

Mr. Fall visited Jonglei state, one of the states in South Sudan affected by floods.

He described the humanitarian situation in Bor as dire and that it required joint efforts of UN agencies, its partners and the government to support the needy people.

Mr. Fall pledges that UNICEF will continue engaging with all other stakeholders, that children’s rights are not forgotten despite the multiple global crises of climate change and covid-19 pandemic.

“There is a huge number of the population that need basic social services in health, water sanitation, or nutrition and education,” Malick said during a media briefing in Juba on Friday.

“Partners and the state response are extremely limited compared to the level of the demand. We need to step up our work because the situation for most of those children is extremely dire.”

Fall also came to South Sudan to participate in the Strategic Moments of Reflection of UNICEF South Sudan prepares for a new UNICEF country programme for 202-2025.

He points out that South Sudan is going through a humanitarian crisis which is affecting children and impacting their rights due to continued insecurity and unprecedented floods.

According to the UN Office for the Coordination of Humanitarian Affairs, nearly the entire population in 27 counties across South Sudan have been affected by floods.

Livelihood and farm lands have been submerged by the devastating floods.

Jonglei and Unity states are the most affected states accounting for over half of its population affected.