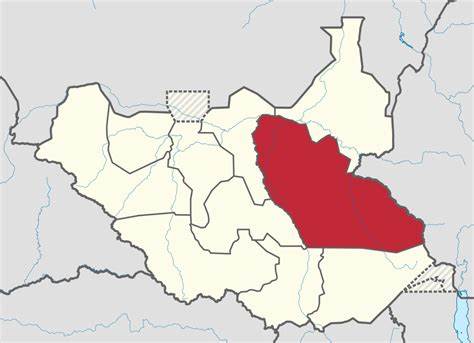 At least 34 people have been killed in separate incidents in Jonglei state in the month of November including seven university students returning from Ethiopia.

In a statement seen by Eye Radio, Governor Denay Chagor says the state government is saddened about losing innocent citizens to what he described as “uncontrollable criminals” in the state.

It says eight people were killed in Twic East County, while 40 heads of cattle were looted in Duk County.

The statement went on and says four people were killed in Uror County, among them Payam administrator and a chief.

It also stated four people were killed in Nyirol County including a pastor and two deacons.

In a separate incident, five people were killed in Bor County including two teachers who were traveling on a motorbike from Bor town to Anyidi Payam.

The incident triggered a targeting killing of seven people from Pibor in Bor town.

The statement says another incident took place in Akobo County where seven university students returning from Ethiopia were killed.

It says three women were also killed in Buong Payam of Akobo West.

He called on the Greater Pibor Administrative Area to talk with youth in Pibor to accept peace with their neighbors.

The governor points out that peace between two regions is important.

Denay says the government of Jonglei state remains committed to the Pieri Peace Agreement and the recently signed Peace Accord in Bor.

He called on Pibor to respect the truth for peaceful co-existence among the two sisterly communities.