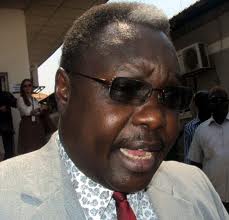 There are nearly 600 senior civil servants who need to be retired from the civil service to create room for young people, according to the Minister of Cabinet Affairs.

But the government has been accused of not paying salaries of civil servants on time.

It has also not paid off retired civil servants.

Activists have often blamed senior government officials and military Generals of mismanaging the oil revenue at the expense of the public.

Some of the civil servants who have reached the retirement age of 65 years have refused to leave work, arguing that they must first be assured of their benefits before retirement.

“We have some 588 who should not be in the system,” Dr. Elia told the media after the weekly cabinet meeting in Juba at the weekend.

But early this year, the chairperson of pensioners’ association said some of the retired civil servants had died, waiting for their pensions.

Over 200 former civil servants were said to have received their long-awaited pensions in January.

This came after they waited for nearly eight years.

In April last year, the South Sudan Pension Fund asked the pensioners to register after securing 148 million pounds for the retired civil servants.

Hundreds of pensioners turned up for registration, with a promise of being offered their benefits by the end of July last year.

However, plans to pay off pensioners were interrupted by a decision by the board of directors to register the pensioners electronically, a move that has yet to be actualized.