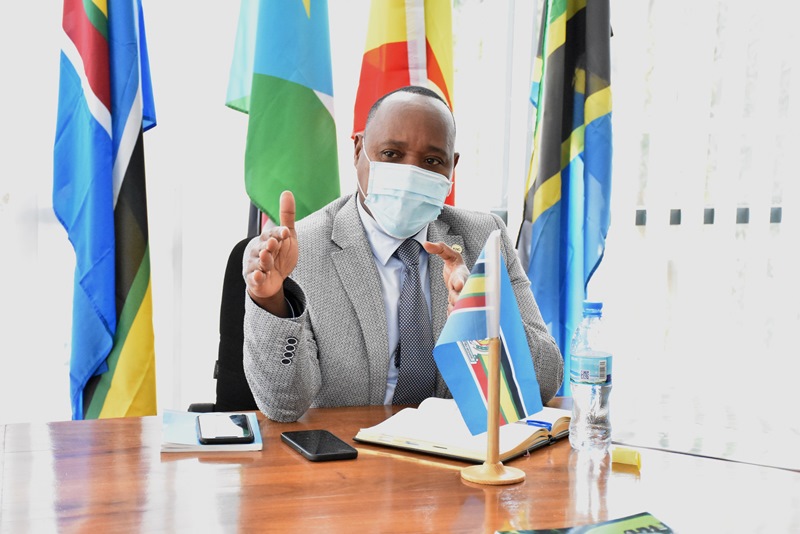 The East African Community Secretariat has urged the Partner States that have not yet waived visa requirements for South Sudanese to expedite negotiations to boost trade.

This is after Kenya announced early this week it had lifted visa restrictions on South Sudanese nationals holding valid passports.

South Sudan also announced it had done the same for eligible Kenyan nationals wishing to visit the country.

In a statement on Thursday, the East African Community Secretariat lauded the move by the Kenyan and South Sudanese governments to waive visa restrictions.

Decision by the Republic Kenya to waive visa requirement to enter Kenya for the citizens of the S. Sudan demonstrates the goodwill among the EAC Heads of State in promoting regional integration & revamping relations, which is set to boost intra-EAC trade,” –@pmathuki pic.twitter.com/qNnQx0A5BT

According to the EAC Secretary-General, the move is in line with the provisions of the Common Market Protocol on the free movement of persons and workers.

“This demonstrates the goodwill among the EAC Heads of State in promoting regional integration and revamping relations, which is set to boost intra-EAC trade,” said Dr. Peter Mathuki, Secretary-General of the EAC.

Early this year, President Salva Kiir appealed to the neighboring countries for a visa waiver, particularly between South Sudan, Kenya, and Uganda.

So far, South Sudan has reciprocated the waiving of visa requirements for Kenyans, Rwandans, and Tanzanians.

But South Sudan and Uganda, its neighbor to the south, still charge about 50 US dollar visa fees for holders of ordinary passports.

Burundi is another east African country with visa restrictions for South Sudanese.

According to Article 10 of the EAC Common Market Protocol, citizens of EAC Partner States are at liberty to accept employment within the territories of Partner States other than their own.

The East African Community adopted the Common Market Protocol on Free Movement of labor and persons for the citizens of partner States adopted on November 20, 2009.