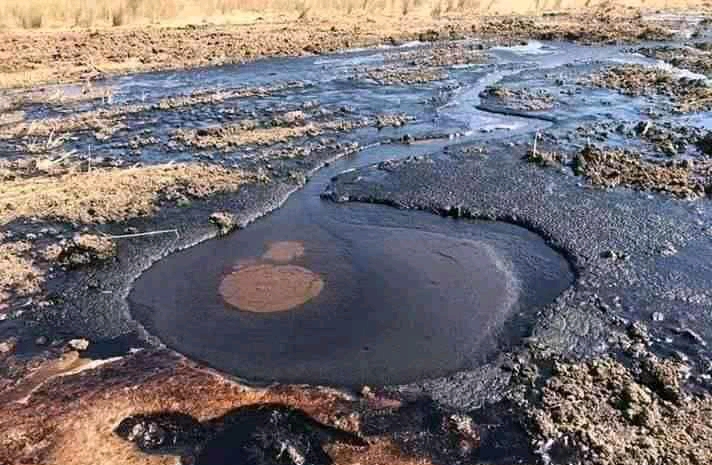 An image showing the level of an environment polluted by oil spills in Ruweng. Photo credit: Curtesy

The Ministry of Environment and Forestry has promised to respond to looming environmental pollution concerns in the oilfields mounted by the flash floods.

This follows several concerns raised by authorities in the oil producing states of possible ecological contamination as some of the grounds are already submerged by the devastating floods.

Two weeks ago, the state Minister of Information told Eye Radio that all 13 counties have been affected by the floods caused by heavy rains including the main oil producing Melut County.

On Wednesday, Unity State authorities also raised similar concerns claiming that the oilfield of Thar-Jath is now inaccessible and most of the pipelines are underwater.

Responding to the worries, the Undersecretary in the Ministry of Environment says the government is working with relevant institutions to develop applicable means to address the matter.

“We are in the process of commissioning a company to conduct an environmental audit, but at the time, if there is any oil spill, it has to be addressed immediately”, Africano Bartel told Eye Radio.

Environmentalists says the oil industry in South Sudan has left a landscape pocked with hundreds of open waste pits, the water and soil contaminated with toxic chemicals and heavy metals including mercury, manganese, and arsenic.