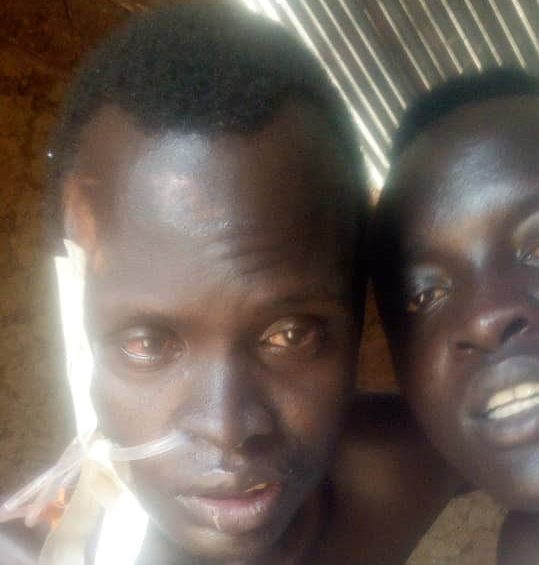 The Office of the Vice President for Service Cluster has been accused of neglecting a man who is suffering serious illness after falling off one of its vehicles recently.

On 10 January 2021, Kuol Kon Bol fell off a Toyota Landcruiser on Rumbek road. The Landcruiser V8 with number plate SSD 127BP is registered to Hussein Abdelbagi.

The incident allegedly occurred when VP Abdelbagi was ending his tour of Bahr el Ghazal region in January.

Traveling in a convoy, his team was returning to Juba from Aweil, where it offered Kuol a lift.

The accident left the sergeant in the Military Intelligence with head injuries. Kuol was going back to work in Juba after his leave ended.

According to Tong Garang, the health of his 34-year-old brother has deteriorated and is unable to talk and eat.

“I brought my brother to Juba for treatment. Later, traffic police wanted to arrest the driver and detain the car, but his (Abdelbagi) security guards refused,” he told Eye Radio.

Kuol was first admitted to Freedom International Hospital. Abdelbagi’s office then allegedly accepted to cater for his medical bills but later reneged.

On 5 March, the National Medical Commission in Juba referred Kuol to Royal Care International Hospital in Khartoum after diagnosing Kuol with Hemiplegia deafness and inability to communicate.

According to the medical documents obtained by Eye Radio, his treatment will cost at least $35,000.

However, he said the office of the vice president has refused to take responsibility for Kuol’s medical attention. Kuol is currently being nursed by his family at home.

“It took them longtime to respond to me since I opened a police case. When they called me later, they told me to find out the treatment cost. I took all the medical documents to the vice president’s office but no response yet,” Tong continued. 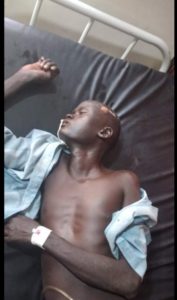 Kuol Kon Bol in hospital bed in Juba in February 2021

On 5 February, Central Equatoria State police issued a handing over request to Abdelbagi’s office through the Public Prosecution Attorney for investigation into the accident.

The document was signed by Brig. Daniel Wani Lazarus, the director for Traffic Police in Central Equatoria State under case number 33U/S 50/48 RTPA 2003.

When contacted by Eye Radio, the office of the vice president denied having any clue about the incident.

Gabriel Kiir William, spokesperson in the office of Hussein Abdelbagi, confirmed that his boss had some trips to Bahr el Ghazal but his convoy has not been legally notified about the alleged road accident.

“I am not clear with the complaint but I need to find out from the concerned authorities – those who were in the convoy so that they can give me clear information,” Kiir said.

But the office has been served with several official documents, including a warrant of arrest against the driver identified as Ayong Deng. 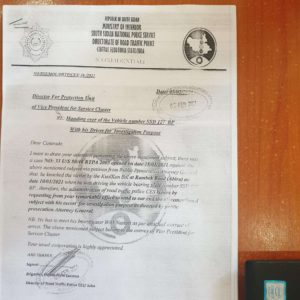 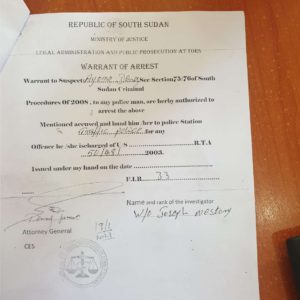